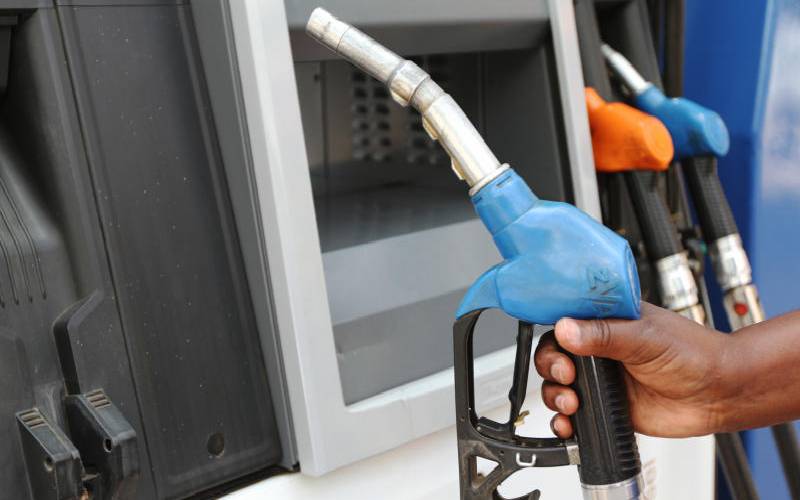 It would come as a surprise to many Kenyans that the landing price of a litre of super petrol for this month was  Sh27.48, although they are paying triple the amount at the pump.

This is because, for every litre of petrol you buy, the government takes 50 per cent as tax levied on the petroleum product, driving up the pump price to Sh89.10 a litre.

Of the amount sold at the pump, the taxman takes Sh43 a litre, with the remainder shared among oil marketing companies, which take Sh12, and Kenya pipeline Sh3.

According to the Kenya National Bureau of Statistics’ 2020 Economic Survey report, the average import price of one litre of petroleum products reduced from Sh53.9 in 2018 to Sh49.3 in 2019.

But consumers have not felt the reduction in price due to the heavy taxes imposed by the State.

And things could get worse with pump prices expected to spike following a fresh interpretation of the applicable taxation laws.

Enforcement of the revised tariff, which loads the Value Added Tax (VAT) component after all other levies have been applied, could raise the price of a litre by up to Sh10.

A refill on an ordinary personal car with a capacity of 50 litres, for instance, would be at least Sh500 costlier, according to the new computation in the new formula.

And considering that millions of litres of fuel are consumed daily, the cumulative implications for motorists and the Kenya Revenue Authority (KRA) are huge.

“This in effect means that the excise duty, fees and other charges are to be included when determining the taxable value in respect of the said goods,” KRA said in a notice to the Energy and Petroleum Regulatory Authority (EPRA).

Previously, the taxable value of petrol, diesel and kerosene did not include the additional levies, including import duty, railway development fee, road maintenance levy, among others.

The sector has over the years been a cash cow for the taxman, with the introduction of a 16 per cent VAT charge on fuel in 2018 causing an uproar in the country.

This was later reduced to eight per cent following the public outcry.

On Budget day, Treasury Cabinet Secretary Ukur Yatani announced that the government will introduce excise duty on 31 goods, among them fuel products.

Consequently, this saw an increase in super petrol by Sh1.16 at the pump as dealers’ inflation-adjusted excise duty rose to Sh22.07 a litre from Sh20.91.

While announcing the monthly fuel price review, EPRA said the new prices are inclusive of the new taxes imposed on the product.

“The computation of the pump prices has taken into account the changes effected by the Tax Law (amendment) Act of 2020 that made taxes and duties part of the vatable amount in the calculation of VAT for petroleum fuels,” said EPRA Director General Pavel Oimeke.

It is not only petrol that whets the taxman’s appetite for additional revenue. Kerosene, which is used by poor households in the country for lighting and cooking, has also been subjected to heavy taxation.

So bad is the situation that the government takes half the revenue from the kerosene sold at the pump.

While the landing price of the commodity is Sh13, the government takes Sh33 per litre, while distribution and marketing charges add up to Sh3 and Sh12 respectively, pushing the pump price to Sh62.46 per litre.

For industries that hugely rely on diesel to run their equipment, the script of taxation is almost similar. The landing price for the fuel is ShSh24, but the government levies a tax of Sh34, while distribution and marketing charges of Sh15 per litre push the pump price to Sh74.

All this as the prices of crude oil in the international market continues to plummet.

In April, a barrel was trading at $17 (Sh1,802), significantly reducing the landing price, but heavy government taxation saw a litre of super petrol at the pump rise to Sh92.