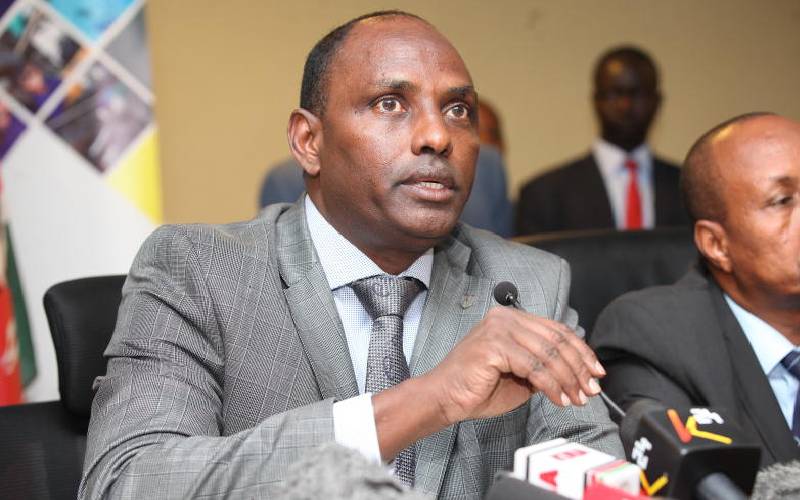 Ukur Yatani (pictured) became The Treasury Cabinet Secretary at the worst possible time.
He is preparing his first budget well aware how the coronavirus pandemic will disrupt the economy.
Already, several businesses have been forced to close down, especially those in the hospitality and aviation sectors, sending home thousands of workers. Other firms have imposed pay cuts or sent their staff on unpaid leave.
This means there will be a substantial decline in tax collections while Kenya will be asking him to spend more to mitigate the effects of the pandemic.
Before the first case of coronavirus was reported in Kenya in mid-March, Yatani had projected that the taxman would collect Sh1.86 trillion in tax revenue, but this has been scaled down to Sh1.62 trillion after Covid-19 hit exports and trade activities.
Further, Yatani had put the budget deficit at Sh571 billion, but the deficit has now been widened to over Sh823 billion, a massive amount that means Kenya has to borrow to fill the gap.
However, borrowing would not be a walk in the park. Many countries are still in lockdown in their bid to curb the spread of Covid-19.
Floating a Euro-bond would be near impossible, meaning Kenya would have to convince bilateral lenders such as China and Japan to advance it more debt to fund the budget. But that may not be easy.
Further, Kenya will borrow Sh486 billion from the domestic market, a move likely to crowd-out the private sector from the credit market. 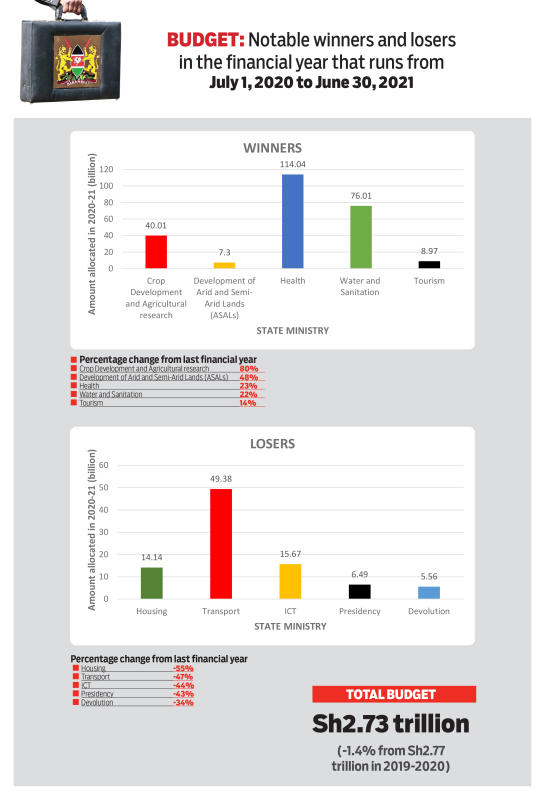 Previous article
Impact of COVID-19 pandemic on sports events around the world
Next article
Pregnancy made me hate my husband's voice, cooking

Grief casts shadow over Khabib ahead of UFC title showdown