I almost became a victim of post-election violence 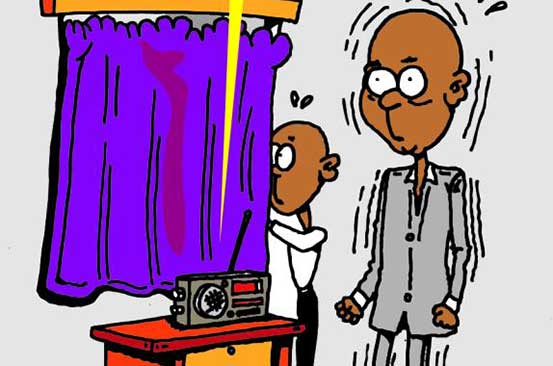 NAIROBI: Our leaders never cease to baffle. Sample these ongoing political rallies camouflaged in divine colours to pass as prayer meetings. Fathom the shameless hypocrisy of the tribal nabobs who spew all manner of hate in the name of God and you wonder what they take Kenyans for.

While millions of Kenyans are too young to envisage the 2007/2008 senseless implosions that left over 1000 dead, hundreds maimed, women and girls raped and many of our compatriots misplaced, millions of us saw and heard what happened.

We know that initial violence in Nyanza, the Rift valley, Nairobi slums and other parts of the country were spontaneous after peoples’ emotions were whipped to the limit by feelings that they had been robbed of obvious victory at the ballot. Acerbic announcements by the late electoral referee Samuel Kivuitu were maddening, hence the thoughtless pogrom.

Who fixed who is neither here nor there at a time when healing ought to be at the centre stage as another election draws close. Utterances emanating from the so called prayer meetings are callous and insensitive without any mention of victims still crying for justice.

Yes, some IDPs, both genuine and fake have been compensated and resettled. But the pain of those who lost loved ones grows more intense with those gimmicks called prayers. I was almost a victim myself, but escaped rather miraculously, thanks to fate. I left Nairobi for Ol Kalou a day before the reprisal bloodletting in Naivasha and Nakuru targeting primarily the Luo, Kalenjin and Luhya people, who were collectively dubbed Luos.

The initial violence including the burning of people seeking refuge at a church in Eldoret had kind of fizzled out and an uneasy calm had returned.
I was perhaps the only non-Kikuyu in the matatu I boarded at Nairobi’s Nyamakima. Nothing untoward. All appeared smooth even as we hurtled past Naivasha towards Gilgil.

I understand Kikuyu dialect. The first signs that trouble was in the air leaked to me when our driver inquired from a matatu driver headed for Nairobi how things were on the other side. To which he replied tersely, “Nakuru is worrying and can explode any time.” My heart jumped to my mouth.

We turned off the main highway into Gilgil/Nyahururu road, and what I saw opposite the army camp made my adrenaline start creeping.

People gathered in small groups at short distances, engaged in hushed discussions. I did not think much about them as the matatu cruised towards Ol Joro Orok or Njororoko to the residents of this neighbourhood flooded by carrots, cabbages and milk.

Everybody around me, including my colleague George Nguri spoke Kikuyu. Occasionally I would engage Nguri in an English conversation and all eyes would turn to us.

We sat quietly most of the time. It was when the matatu pulled up at Ol Kalou to drop and pick passengers that I detected real danger.

The police station not far from the bus stop was milling with people and I heard someone inquire in Kikuyu what the crowd was all about. To which someone answered “ni njaruo irahorwo” (It is Luos who are being beaten). I cringed.

No sooner had I reached my destination a few kilometres from Nyahururu town than news came that Nakuru had erupted and our host, a prominent local leader was out somewhere in the bush pleading with armed youths not to board vehicles headed for the battle front.

The television in the room was already alive with news that Naivasha had exploded and armed youths had taken control of the Nairobi/Nakuru highway. “Rowdy youths are demanding identity cards from passengers at panga point and pulling non-Kikuyus out of vehicles,” came scary bulletins. I froze and could not swallow the grilled chicken I was munching.

Around Nyahururu, workers in flower farms, mostly non-locals, had either locked themselves in their houses or sought refuge at police stations in scenes similar to what I had seen at Ol Kalou.

I was whisked away to safety in an exclusive Nyahururu hotel where I spent the night and was sneaked out in the wee hours the following morning.

My colleague Nguri and I rode back to Nairobi sandwiched between armed police officers in a police vehicle escorting trucks ferrying flowers to Jomo Kenyatta International Airport, for export.

Naivasha was still asleep when we rode past, evidence of violence grimacing at every turn.

I escaped the violence by the skin of my teeth, but fear and apprehension lingered for long. These political rallies, camouflaged as prayers evoke those memories contrary to helping the suspects. What a pity!

An ode to Adoti's cousin

I have known him since he was in vitro. At the time, no one knew he was a baby boy.

By Peter Muiruri | 16 hours ago