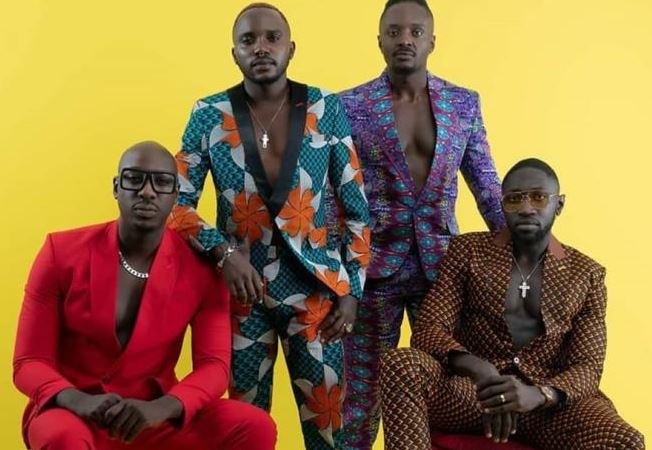 Boy band Sauti Sol (pictured) have been nominated for the Best Group, a category they won in 2016 at the awards ceremony in Johannesburg, South Africa.

Kenyan rapper Khaligraph Jones has been nominated in the Best Hip hop act category alongside big names in the continent like Nasty C and Kwesi Arthur.

Another Kenyan group -Ethic Entertainment -have been nominated alongside Sauti Sol in the Best Group category.

Ethic Entertainment have been among the biggest Kenyan artists since bursting onto the scene in 2018. The four-man group has enjoyed a meteoric rise since the release of their debut single Lamba Lolo.

MAMA event organisers said the winners will be announced at a grand event in Uganda in February next year.

This is a hotly contested category that could see Khaligraph reaffirm his supremacy in continental hip hop having been named the Best Rap Act during the Annual African Muzik Magazines Awards in USA in 2018.

Ugandan artistes that have made it to the list of nominees are Bebe Cool, Sheebah and Spice Diana.

The Best Male category is a Nigerian dominated affair with Burna Boy, Fireboy DML and Rema battling it out with South Africa’s Master KG and Kabza De Small and Tanzania’s Harmonize.

Nigeria, takes the lions share in the coveted Artistes of the Year with Tiwa Savage, Wizkid, Davido and Burna Boy battling it out with Diamond Platinumz, Master KG and Calema.

The continental music ceremony is making a comeback to East Africa after it was hosted in Nairobi back in 2009.

Back then, Nameless and his wife Wahu carried the day winning the Best Male and Best Female, respectively. Nameless also won the Best Listener’s Choice for his Sunshine hit. Wahu is the inaugural Kenyan recipient of the MTV Africa Music Awards 2008, for Best Female Artist category award.

MAMA awards - which were established by MTV Networks Africa, now ViacomCBS Networks Africa to celebrate popular contemporary music - will be a virtual ceremony on February 20 in a partnership project with Uganda's Ministry of Tourism.

"In this pivotal year, the events that have happened all over the world have affected everyone, young people in particular, and their vision of the future," Monde Twala, general manager for ViacomCBS Networks Africa told media.

The Presidency does not belong to two tribes — Uhuru