Is society slowly accepting the character of Satan?

Are people using Satan’s ways to justify choices shunned by most religions? From John Milton’s Paradise Lost to Netflix’s Lucifer and now Hail Satan?, a documentary based on the Satanic Temple, the productions all have a similar theme; portraying Satan as the good guy.

The devil, according to many religions, is seen as an unwanted individual associated with transgression. In Christianity, for instance, he was once God’s favourite angel.

But due to his desire to be more than just a celestial being that worshipped God all the time, he came up with a plan that had him thrown out of heaven. Satan wanted more power and an even bigger title.

Satanists unveil ‘Baphomet god’ statue in US amidst protest

Satanists unveil ‘Baphomet god’ statue in US amidst protest

Ezekiel 28:12-18 gives a full narration of what happened before he was cast out of heaven. Chapters 15 and 16 read: “You were blameless in your ways from the day you were created till iniquity was found in you. In the abundance of your trade, you were filled with violence and you sinned so I cast you as a profane thing from the mountain of God and the guardian cherub drove you out from the midst of the stones of fire.”

God threw him down from heaven. He was condemned to roam around and to rule hell till the coming of the judgment day.

The Bible portrays him as a smooth-talking, mischievous, sly and a deceitful being. According to the Bible, it’s so easy to fall into his temptations. He takes up many forms and characters.

For instance, in Genesis, like a snake, he appeared to Eve. The devil even tempted Jesus, the son of God, three times.

The Bible warns Christians of the devil. In 1 Peter 5:8-9, the word says: “Be sober, be watchful. Your adversary the devil prowls around like a roaring lion, seeking someone to devour. Resist him, firm in your faith, knowing that the same experience of suffering is required of your brotherhood throughout the world.”

For the longest time, the society associated him with evil doings. Children were scared off from disobedience by telling them they would spend eternity burning in hell alongside satan and every other societal outcast.

Apart from his character, his physical form is extra-ordinary. Books, Movies and Television series describe him as a horned, red-skinned being with two arms and two legs, just like humans.

However, the entertainment scene has depicted the devil as a being willing to help humans out when in difficult situations.

Lucifer is a television series which recounts the devil as being bored of ruling hell so he moves to Los Angeles where he helps the police solve murder cases.

Most recently, US film-maker Penny Lane directed a documentary called Hail Satan? It is based on Satanic Temple’s efforts to have them recognised as a religion.

Their mission, they say, is to “encourage benevolence and empathy among all people, reject tyrannical authority, advocate practical common sense and justice, and be directed by the human conscience to undertake noble pursuits guided by the individual will".

Their tenets include striving to act with compassion and empathy toward all creatures in accordance with reason.

They believe struggle for justice is an ongoing and necessary pursuit that should prevail over laws and institutions.

One’s body is inviolable, subject to one’s own will alone as people are fallible. If one makes a mistake, one should do one's best to rectify it and resolve any harm that might have been caused.

Beliefs should conform to one's best scientific understanding of the world and one should take care never to distort scientific facts to fit one's beliefs.

The temple’s spokesman, Lucien Greaves says, “We want people to evaluate the United States being a Christian nation.” 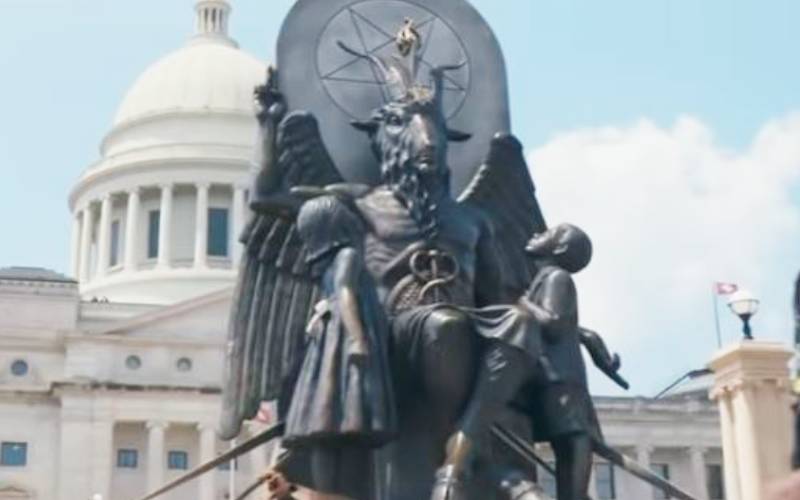 The followers also want the United States and its affairs dissociated from Christianity.

In the documentary, the primary focus of the members of the satanic temple is to have their statue of Baphomet erected to challenge Ten Commandments Monuments in the different regions within the US.

Their aim is to also erase the negative image associated with the Satanic Temple such as human sacrifices and drinking of blood.

Even as one of the critics shout, “Go to hell,” Greaves answers, “I believe it and I am very excited about.”

Police on the spot over inaction on MP's assault case

From reel to real estate: Why I'm not going back to the acting stage soon