Is the Nairobi Expressway depleting wallets despite its benefits?

Before the Sh72 billion Nairobi Expressway was erected, it would take Nelson Odhiambo 40 minutes to get to his house in Pipeline from his workplace at Nextgen Mall, Mombasa Road.

Though there were no footbridges, he would ‘creatively’ cross the busy Mombasa Road and take a matatu to Pipeline.

Now that the mega project is in place, Odhiambo has to walk 4.6 kilometres to the General Motors (GM) stage, a 41-minute journey according to Google maps, where he will cross the footbridge, to hop into the next matatu home. This journey now takes him almost two hours.

“That is the only option available,” he says.

Odhiambo is among many Nairobians now inconvenienced as a result of the Nairobi Expressway not only because of the lack of footbridges, but also the reduced number of U-turns for those who are driving.

The road has become a maze. A journey that would take one 30 minutes now goes for over an hour. For example, for a pedestrian leaving Parkside Towers or Somak, who would like to head to the Central Business District, they will have to walk 2.8 kilometres to GM–a 33-minute journey – to cross the footbridge before hopping into the next matatu to town.

If they are not willing to go all the way, then they can risk climbing the slope to the Southern Bypass and cross over to the other half of the dual carriage Mombasa Road that heads to town, before taking a matatu at Nextgen Mall.

While risky, a majority of walking workers are opting for this since a pedestrian crossing at Parkside Towers was closed by the Nairobi Expressway.

The narrative used to sell the Nairobi Expressway was that it will save time and money.

National Assembly Transport Committee chair David Pkosing(MP Pokot South) said Sh50 million is the amount Kenya loses due to traffic jams. “You fly from South Africa about four hours before landing at Jomo Kenyatta International Airport(JKIA). If your office is in Westlands, you will use the same hours to get through traffic. Now Kenyans will us only 15 minutes,” said Pkosing during a tour of the project.

While this road might be saving the economic losses due to traffic jams while attracting the country more investors; could it be a case of filling a leaking bucket considering the majority of Nairobians are now spending more man-hours navigating the road?

Odhiambo Ramogi, an economist and chief executive officer of Elim Capital, an investment firm, notes that at the macro level, the Nairobi Expressway is in fact, saving money and time.

“Anybody can land in JKIA, do business in Nairobi central business district or Wetlands, and go back to JKIA, and fly out without spending the three hours they used to on the road,” he said.

The Nairobi Expressway, he adds, has also made it easier for those working in Westlands or out of town or Mombasa Road to easily access their premises. “But I think there is a failure in design so that at the micro-level in terms of one or two people that operate along Mombasa Road there is a struggle because they cannot cross to the other side,” he said.

He added: “Elsewhere, the Expressway is above, hence, below it, you can have walkways or pedestrian crossing, but in this small stretch it is running parallel to the road, which means they have to construct crossovers above and that has yet to be done.”

But losses to man-hours by those plying the upper decker road among them investors, said Ramogi, cannot be compared and hence, not equal to those who do not use it.

He said progressively there are savings to the economy being made as a result of the Nairobi Expressway even as there could be losses at the micro-level.

Statistics on how much Kenya loses to traffic jams are rather scanty with the Institute of Economic Affairs putting this figure at Sh18.25 billion in 2020. This roughly puts daily losses at Sh50 million.

If the plan was to save the country a portion of this Sh50 million daily loss, Constant Cap, an expert in matters of Urban Planning questions the premise behind Nairobi Expressway, with the assumption that these losses are true figures.

“If this were the case, and assuming it to be true, would widening the road be the solution? Or building another one along the same corridor? How would it be a solution when it will induce demand?” he poses, adding, “We need to ask ourselves how much the economy loses because of an ineffective public transport system, because of the 40 per cent or more who use public transport and cannot predict their journey.”

He says stakeholders need to interrogate the Sh464 billion (USD 4 billion) the country loses annually as a result of the average 3,000 road fatalities as documented by the World Health Organisation (WHO). “Traffic will always be there as long as cars exist. However, if we fail to provide citizens with alternative modes for their journeys, they will get back into motor vehicles of all kinds,” said Cap.

The challenge with possible losses is not primarily with pedestrians only, but also motorists.

For example, motorists who want to access the city centre have limited options which means their traffic spills over to Mombasa Road and Waiyaki way.

Infrastructure Principal Secretary, Paul Maringa, revealed the road will be redesigned to make it more user-friendly by including an exit at Nyayo House and another at Haile Selassie.

“Initially, they said that it was designed as a way for those who want to pass but not access the CBD can go through, now that seems to have changed. Maybe an open free run for a month could have given a better situational analysis,” said Cap. 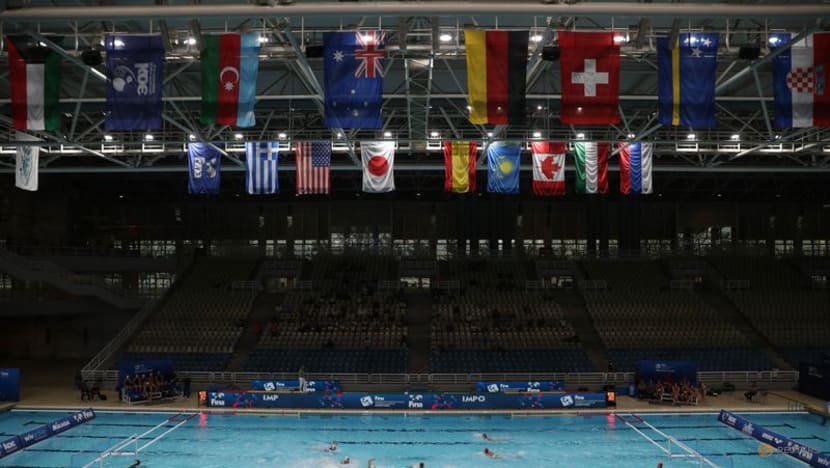 Ex-Manchester United star Ryan Giggs starts assault trial
Football
By Associated Press
43 minutes ago
Malkia Strikers have eyes set on the ball
Volleyball and Handball
By Ernest Ndunda
5 hours ago
Okot to depart for basketball scholarship in Kentucky, US
Basketball
By Ernest Ndunda
7 hours ago
Pictures: Korir gifts his Jersey to a Colombian boy holding a placard written in Swahili
Athletics
By Odero Charles
7 hours ago
Kenya loses World U20 overall title in Cali races
Athletics
By Jonathan Komen
10 hours ago
.

By Ernest Ndunda 7 hours ago
Basketball
Okot to depart for basketball scholarship in Kentucky, US