Liverpool was denied another injury-time winner when Mohamed Salah’s shot hit the post in the 95th minute as an entertaining Merseyside derby against Everton somehow ended in a 0-0 draw Saturday.

Everton had earlier been denied a goal by VAR and a stellar save from Liverpool goalkeeper Alisson, while his counterpart Jordan Pickford also made a handful of good stops to keep the visitors at bay.

Liverpool netted a winner deep into injury time against Newcastle in midweek and nearly repeated the feat when Salah found room for a shot on the right edge of the area but his low effort slammed against the near post after brushing the fingertips of Pickford.

It was the third time that Liverpool hit the woodwork, with Everton also striking the post in the first half of a game that easily could have seen a handful of goals.

Everton thought it had gone ahead in the 69th when former Liverpool player Conor Coady was on hand to turn in a low cross-shot from Neal Maupay at the far post, sparking massive celebrations among the home fans at Goodison Park. But a VAR review showed Coady was offside, and the goal was disallowed.

With the hosts looking stronger toward the end, Dwight McNeil nearly netted the winner in the 85th when his shot was deflected off the back of a defender and looped toward the far post, but Alisson was at full stretch to push it over the bar.

Liverpool countered moments later, with halftime substitute Roberto Firmino forcing a low save from Pickford — the third time he was bested by the England goalkeeper.

For Liverpool, the draw is yet another setback in a stuttering start to the season that has seen Jurgen Klopp’s team drop points in four of the opening six games.

For his counterpart Frank Lampard, the result — and performance — could boost his chances of staying in the job after a winless start to the campaign. It was Everton’s fourth straight draw.

The Merseyside derby is always among the most intense fixtures of the Premier League season and the start of the game was more feisty than free-flowing. But the teams combined to hit the woodwork three times in the first half.

Everton came close to scoring in the 33rd when Anthony Gordon shook off a defender to put the ball into the box, where Maupay’s shot was blocked by Virgil van Dijk and the ball fall to Tom Davies, who toe-poked it against the far post with the goal gaping.

Liverpool came even closer in the 44th, hitting the woodwork twice in quick succession.

Striker Darwin Nunez, back from a suspension, downed a ball on his chest on the right edge of the area and hit a fierce volley that Pickford palmed against the crossbar.

Luis Diaz then collected the ball and cut in from the left and curled a shot against the far post.

During a period of end-to-end play midway through the second half, Pickford then had to make three saves in quick succession to keep the game scoreless.

He first steered away a low shot from Firmino and then pushed away a header from the Brazilian forward from the resulting corner. Moments later, he had to get down low again to stop a shot from Fabinho.

That also resulted in a corner, but now it was Everton’s turn to launch a quick counterattack, with Demarai Gray teeing up Maupay in the area, but the striker’s shot was blocked by Alisson.

It was to be the goalkeepers’ day at Goodison Park. 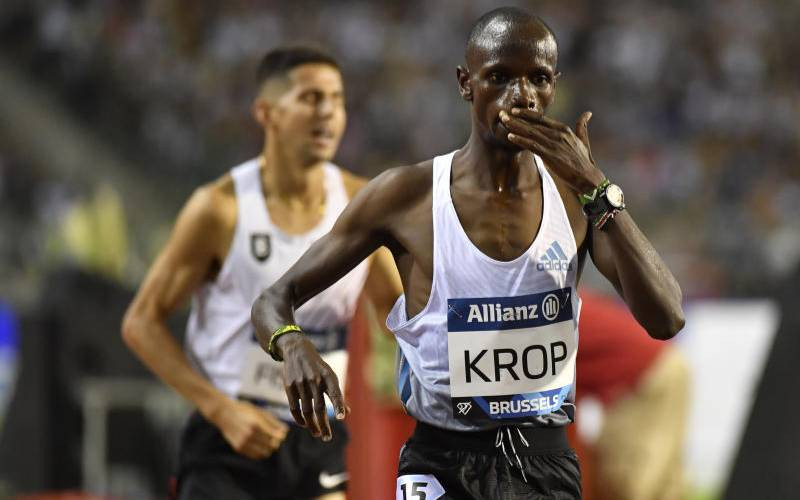