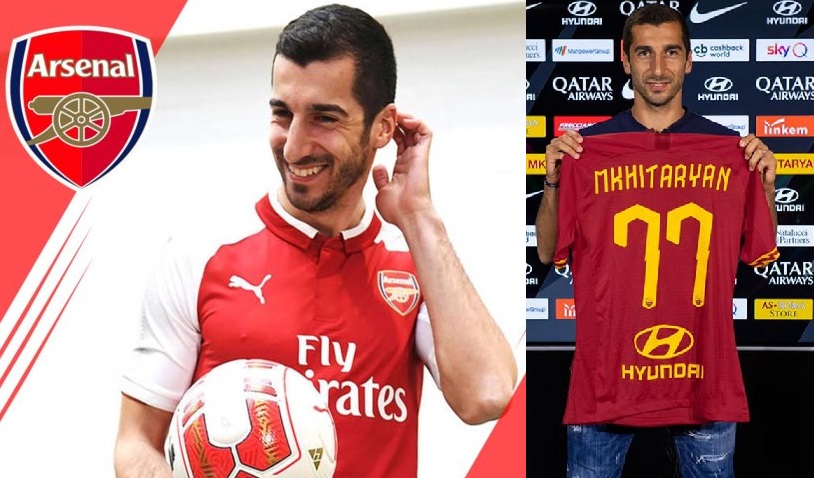 AS Roma ended a busy transfer window by signing Nikola Kalinic and Henrikh Mkhitaryan on loan on Monday while Inter Milan were close to offloading former captain Mauro Icardi to Paris St. Germain after a prolific but turbulent six years at the club.

AC Milan, who like Roma are attempting to bounce back after failing to qualify for the Champions League this season, signed Ante Rebic from Eintracht Frankfurt with Andre Silva going the other way on the final day of the Serie A transfer window.

There were no earth-shattering deals to end a transfer window where the most significant moves have involved coaches, with Maurizio Sarri joining Juventus -- winners of the last eight titles -- and Antonio Conte taking charge of Inter Milan.

On Monday, they added Kalinic from Atletico Madrid and Mkhitaryan from Arsenal, both on loan, to further boost a team looking to improve on last season's disappointing sixth place.

"I am proud to become part of this team and this club. Roma has big history and I am very happy to be here," said Mkhitaryan, Armenia's all time scorer who has arrived after a disappointing 18 months at Arsenal.

Milan, fifth last season, signed Croatia forward Rebic on a two-year loan from Eintracht Frankfurt with Portugal's Silva moving in the other direction. Rebic, 25, is already at the sixth club of his career.

Meanwhile, Italian media widely reported that Icardi had boarded a private jet at Malpensa airport alongside his celebrity wife and agent Wanda Nara, bound for Paris to finalise a loan deal with PSG.

Icardi has been Inter's leading scorer for each of the last five seasons but he has also fallen out with the ultras and his marriage has provided fodder for the gossip columns.

Their previous signings have included veteran Frenchman Franck Ribery, although they have lost their opening two games.

Atalanta, who have qualified for the Champions League for the first time, announced that Skrtel had agreed to leave by mutual consent, one day after coach Gian Piero Gasperini said the Slovakian was struggling with the team's tactics.

"He said that at his age, he had trouble playing in a three-man defence which is understandable," said Gasperini.

Among the other moves were 35-year-old Matri's from Sassuolo to promoted Brescia, where he will link up with maverick forward Mario Balotelli.

Matri's previous 10 clubs included Milan and Juventus, where he had two stints at each, Lazio and Fiorentina.