As Kenya returns to the Africa Cup of Nations finals for the first time in 15 years, we look at some of the players who are likely to make an impact.

He has been one of coach Sebastian Migne’s surprise inclusions given his lack of experience at this level. Okumu only made it to the final squad after Brian Mandela was injured and ruled out of the tournament but so far he has shown he is ready for a starting spot.

The former Chemelil Sugar defender has a towering presence at the back and his height will come handy when Kenya are under pressure from aerial balls.

He has shown an uncanny calmness even when under pressure and age being on his side, Okumu is likely to attract some suitors after the tournament.

Timbe played in only one Africa Cup of Nations qualifier after being sent off against Sierra Leone in the first match.

Despite the long absence, he has fitted very well in Sebastian Migne’s starting line-up. He is a very skillful midfielder with an ability to provide killer passes. He will be a great link between the midfield and the striking force.

The Tottenham Hotspur midfielder has a chance to prove his critics wrong once and for all after years of trying to qualify for any major tournament with the national team.

The Harambee Stars captain is by far the most experienced player in the team and the fact that he plays in the English Premier League adds to the pressure to perform and he has so far shown that he can do it. His never-say-die attitude will be key in motivating the players when the chips are down. With his future at Tottenham in question, Wanyama has an opportunity to get a new club with a great performance in Egypt.

Just like Dennis Oliech led Harambee Stars to qualify for the 2004 Africa Cup of Nations finals in Tunisia, Olunga’s goals counted the most in sending the team back to the tournament after a 15-year absence.

The Japan-based striker now has a chance to repeat the same feat at the peak of his career. Strong on the ball and with a good height for a striker, Olunga has the ability to be one of the top strikers in this tournament.  He is very calm infront of goal and will be instrumental in helping the team pick results.

Despite his off the field antics, Aboud Omar has cemented his place on the left side of Kenya’s defence. Apart from defending well, Omar provides great offensive options. His ability to push himself is awesome. He overlaps well and his recovery is great. This is also his chance to get a big club adding to the motivation to do well in the tournament. 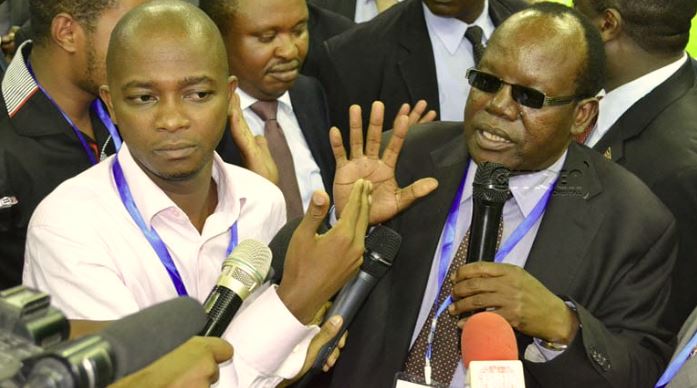