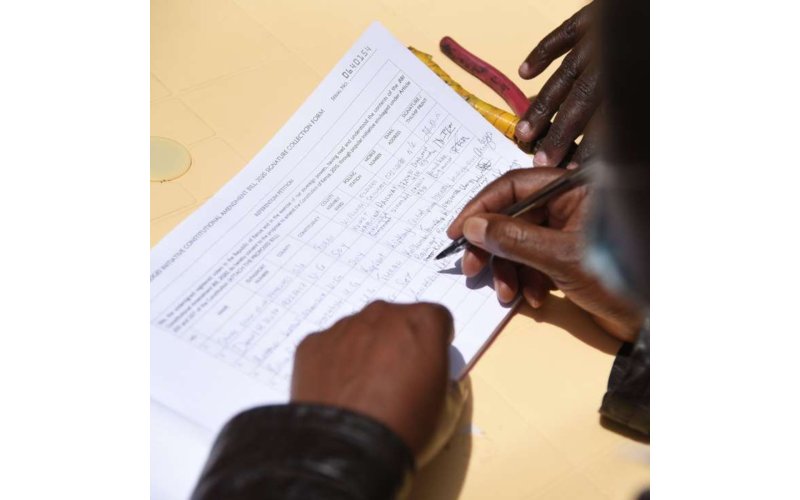 A police officer in Bomet who destroyed a book containing signatures of people supporting the Constitutional (Amendment) Bill 2020, has been charged with malicious damage to property.

Peter Langat, who works in Bungoma County, denied the charges when he appeared before Bomet Principal Magistrate Lilian Kinyale.

The accused was released on a Sh200,000 bond with a surety of a similar amount.

His case will be mentioned on December 17, 2020. Ms Kinyale directed the case be heard on March 4th next year.

The national signature collection drive in support of the Kenya Constitution of Kenya (Amendment) Bill, 2020 started last week and is set to end today.

While the BBI secretariat targets four million signatures, it only needs the support of at least one million registered voters.

The secretariat, which has denied using local administrators in the process, will verify the signatures before submitting the booklets to the Independent Electoral and Boundaries Commission for verification and processing.

Some signatures were appended through an online portal. On Wednesday, BBI Secretariat co-chair Junet Mohammed said they already collected four million signatures in support of the initiative.

If the IEBC is satisfied with the signatures, it shall submit the draft Bill to each county assembly for consideration within three months.