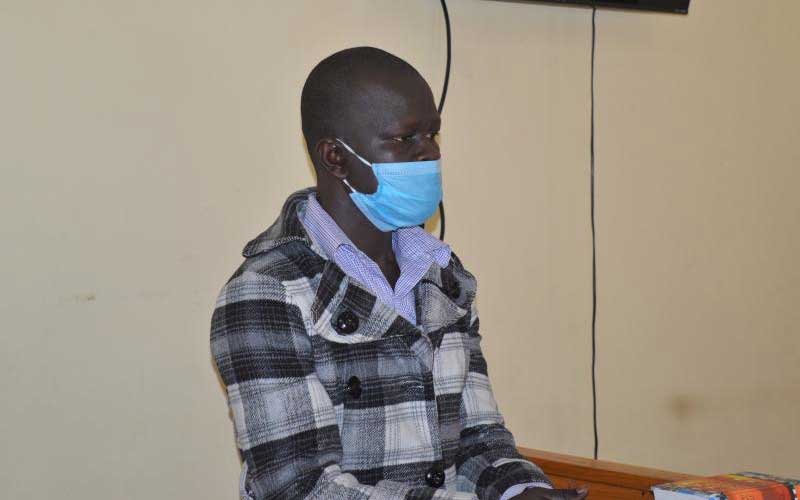 A Kenya Defence Forces (KDF) soldier was yesterday charged with the murder of his 26-year-old wife.

Oloo (pictured) denied killing his wife Leah Nasuhu and was granted Sh500,000 bond with a surety of the same amount.

According to the court documents, Oloo committed the offence on June 11, 2020 at their home in Kiamunyeki, Nakuru North Sub-County within Nakuru County.

The medical report dated June 19, 2020 stated that Oloo was fit to stand trial, calm, and had no history of mental illness.

Prosecutor Rita Rotich told court they had no compelling reason to deny the soldier bond.

Defence Lawyer Steve Biko had urged court to release the accused on reasonable bail terms, as he was not a flight risk and would not interfere with witnesses.

“The prosecution is directed to supply the defence with all documentary evidence, the charge sheet and the witness statements to enable them make their defence,” ordered Ng’etich.

Pre-trial conference was set for September 14.

Previous article
Women tell how hard it is to cope as Widows Day marked
Next article
Pregnancy made me hate my husband's voice, cooking