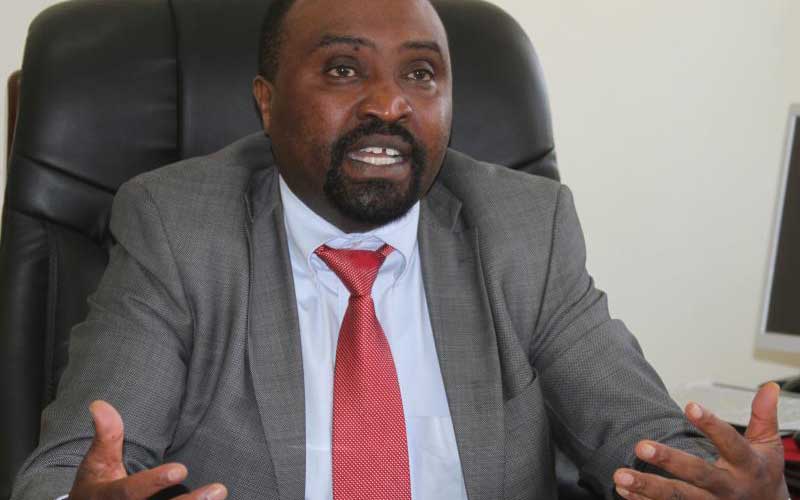 Uasin Gishu Deputy Governor Daniel Chemno (pictured) has petitioned Environment Cabinet Secretary Keriako Tobiko to lift a moratorium against charcoal movement permits. This follows an outcry from wattle tree farmers in the North Rift who said the ban had turned their lives into misery as they cannot harvest their trees. Mr Chemno spoke at his office today during a meeting with Dr Joel Lagong,the Kenya Forest Service (KFS) board director.

SEE ALSO: Polluters to be seized as Michuki Park opens

“In the next two weeks, I expect the CS to give a direction on how charcoal from private farms should be moved. I feel the farmers are being punished from reaping from their sweat. These people entirely depend on charcoal farming,” he said. The county boss said the CS should review the moratorium in a bid to favour farmers who depend on wattle trees for their livelihood. The farmers led by Joel Mudahana said that life is getting hard by the day because wattle trees farming has been their economic livelihood for decades. “There are a variety of trees especially on riparian areas which are never cut but I feel the government is punishing me from harvesting the wattle trees for charcoal burning,” said Mr Mudahana. Mudahana said the directive to ban charcoal movement is punitive and should be reviewed.

“I have never gone to the forest to burn charcoal, I depend on the trees in my farm. I am appealing to the government to look into this issue,” he called out The deputy governor said the county is dedicated to achieving the 10 per cent forest cover.