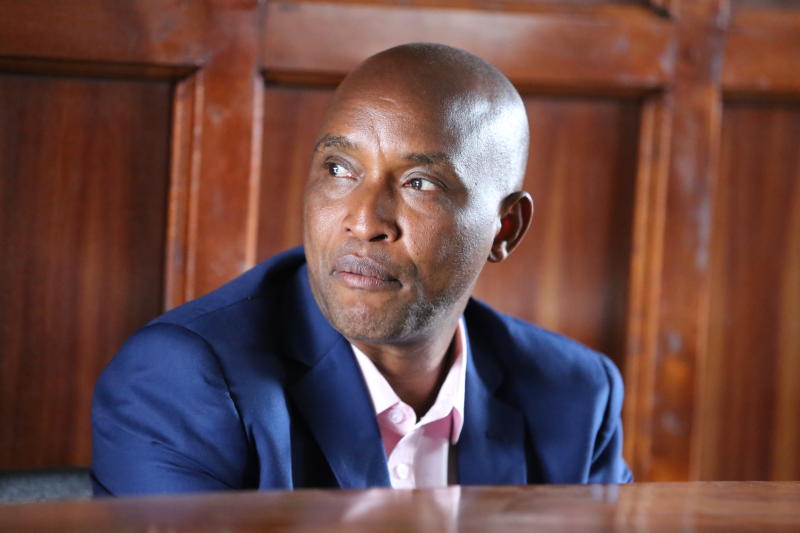 The woes of Peter Karanja (pictured), the estranged husband of Gilgil Mp Martha Wangari, deepened on Wednesday after he was arrested and charged with robbery with violence in a Naivasha court. A day after he was charged afresh with the murder of Dutch billionaire Tob Cohen. Karanja, his brother and a friend appeared before the Naivasha Senior Resident Magistrate Esther Mburu facing two counts of violently robbing two security guards.

On Tuesday, Ms Mburu had issued a warrant of arrest against Karanja after he failed to appear in court for the plea taking. In the case, Karanja, his brother Joel Kuria and the friend Peter Maina were charged with storming the Ms Wangare's residential home in Gilgil and attacking the two guards. According to the charge sheet, the three are accused that on November 9 in Teacher’s estate in Gilgil, while armed with crude weapons they robbed Eric Nyongesa and John Kamau off their mobile phones and cash. During the attack on the two guards from Stega Security Company, the accused used violence before fleeing with the personal effects. The three who are represented by lawyer F.I Mburu denied the charges.