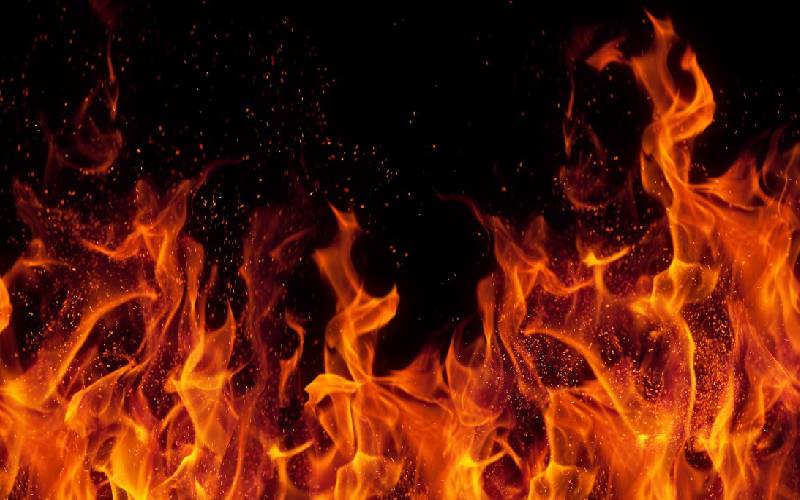 A sombre mood engulfed Baptist village in West Pokot after two children died in a fire on Friday night. The two aged five and four were burnt beyond recognition. This comes barely two days after a man aged 61 was burnt to death in his house in the same village. Kapenguria OCS Daniel Ng’ang’a said the children died after a fire broke out at around 9pm. Ng’ang’a said the cause of the fire is yet to be established and police officers have launched an investigation. The blaze tore through the rental houses as neighbours struggled to put out the fire with water and soil. The firefighter was repulsed by neighbours who said it took time to arrive at the scene and help save the two children. Neighbours who rushed to the scene were unable to save anything. The Standard established that one of the children's parents had gone for a night crusade. The mother of the five-year-old child saved herself and left the children behind. A neighbour managed to save a two-month-old baby but was unable to rescue the two. The woman is receiving treatment at Kapenguria Referral Hospital. Neighbour Amina Suleiman said the fire which gutted down part of the rental houses was likely an arson. “Police are investigating the incident but in our own assessment the fire may have been prompted by a highly inflammable material such as petrol or kerosene," he said. The bodies were moved to Kapenguria Hospital Mortuary.