The leaders who spoke to The Standard during orientation at Parliament Buildings said they would work differently from past senators.

Two former governors who made it to the Senate - Ali Roba (Mandera) and Jackson Mandago (Uasin Gishu) said the lessons they had learnt from heading county governments would shape their work.

They said they would table legislation aimed at facilitating county governments, citing delay to disburse funds as the main challenge hampering delivery of programmes.

“I plan to enhance devolution, bringing in my experience as a two-term governor,” Mandago said.

“We hope to find out why money allocated to counties can never reach counties on time.”

He noted that delay to disburse funds had resulted in billions of shillings in pending bills in most county governments.

“We can change all this through proper legislation,” Mandago said.

Roba concurred with the Uasin Gishu senator-elect saying: “We also need to have Senate and the Council of Governors collaborate to strengthen devolution.”

“The pioneer governors will be instrumental in this process,” he added.

Kakamega Senator-elect Boni Khalwale expressed confidence that the 13th Parliament would be more independent than the 11th and 12th, offering the required checks and balances to the Executive and Judiciary.

“The problem with the previous Parliament was not its composition. The Executive had refused to let Parliament operate independently,” Dr Khalwale said.

He said despite being in President-elect William Ruto’s United Democratic Alliance, he would conduct his oversight role objectively.

“I have been in government before and I conducted my oversight role independently... In Kenya Kwanza, we refuse to run a one-man show,” he said.

Nakuru Senator-elect Tabitha Karanja said her “number one role is to hold the county governments accountable.”

Meru Senator-elect Kathuri Murungi, who is seeking to be Senate deputy speaker, said the different experiences of members would improve the House’s quality.

“This new breed of senators will make the most impact. We have more youth coming on board.” 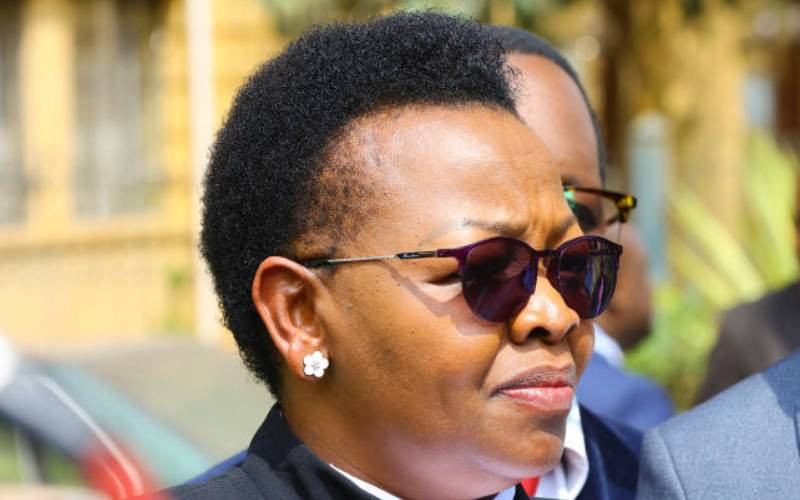