By Betty Njeru | 4mos ago

It remains unclear whether Deputy President William Ruto and his running mate in the August 9 General Election, Rigathi Gachagua, will attend their respective debates.

The DP Ruto presidential campaign Communications Director Hussein Mohamed in a statement on Friday said that he and the team had offered their advice to the duo, and the ball is now in the court.

“Whether or not the UDA presidential candidate and deputy will appear for debates is a matter that firmly rests with them. I and the team have advised them given the current media environment. That advice was legitimised by a monitoring report in June conducted by MCK,” Mohamed said.

The deputy presidential debate is set for Tuesday, July 19, while that of presidential candidates will take place on July 26 at the Catholic University for Eastern Africa (CUEA) in Karen, Nairobi.

Ruto has in the past weeks, warned that he’ll boycott the presidential debate.

“Under the current partisan media environment, we have advised our candidate against participating in the presidential debates,” said Mohamed.

The UDA team also hit out at the Media Council of Kenya (MCK) over recent reports detailing presidential candidates’ coverage in the media.

Mohamed claimed that the MCK was being unfair in their releases, and straying off the council’s mandate.

“In this obsession with polls, MCK goes ahead to tell Kenyans which rallies journalists prefer to cover. Is that the work you are supposed to do? Your job is to ensure compliance to the Act and laws,” he said.

On Wednesday, MCK, in a new report, revealed that UDA presidential candidate William Ruto received the most coverage in the last two weeks.

Ruto received 46 per cent of airtime, followed by Azimio la Umoja-One Kenya presidential candidate Raila Odinga at 45 per cent, while George Wajackoyah of Roots Party received 6 per cent, and David Mwaure of Agano Party got 3 per cent of media airtime.

“The increase in DP Ruto’s media coverage is attributed to his coalition’s manifesto launch on June 30,” the report showed. 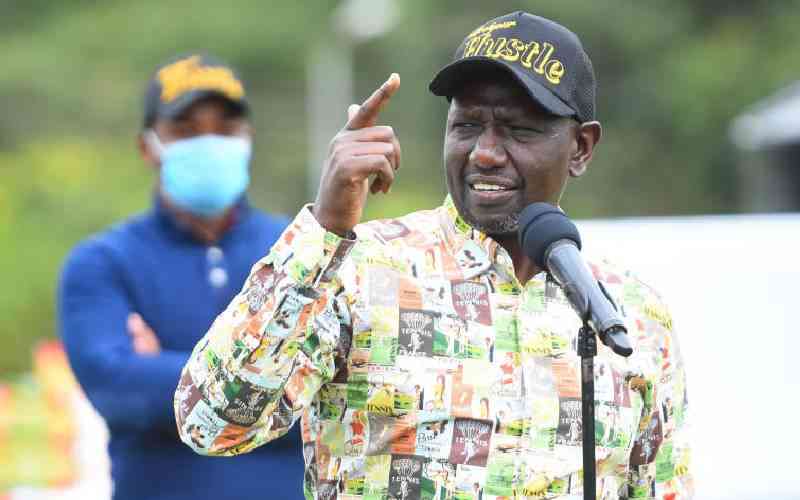 DP Ruto at liberty to attend debate or not, says Kenya Kwanza Alliance
Hussein Mohammed said DP Ruto and his running mate Rigathi Gachagua are at liberty to participate in the debates slated for July 19 and July 26.
National
By Edwin Nyarangi
4 months ago
.

By AP 30 mins ago
Russia rejects $60-a-barrel cap on its oil, warns of cutoffs
.