Wiper leader, Kalonzo Musyoka has the knack for weaving in and out of knotty political situations. Although there are differing views on whether Mr Musyoka's luck has run out, there are indications that the man from Tseikuru has a few tricks up his sleeves and should not be written off in the General Election just yet.

When he declared that he was going to contest the presidency on Wiper ticket after he was locked out of the Azimio presidential ticket as a running mate, some observers doubted whether he would actually be on the ballot.

It is now emerging that Wiper party had submitted Mr Musyoka's name as its presidential flag-bearer to the Independent Electoral and Boundaries Commission (IEBC) before the April 28 deadline.

The Standard today learned from Wiper officials that the move was made long before the party joined Azimio and was, perhaps, Mr Musyoka's way of buying some insurance in the event that he was not named Raila Odinga’s running mate.

“We submitted the name before the deadline, as per the law,” Wiper Secretary General Shakila Abdalla said, adding that only the IEBC would raise concern if the party had not done so in good time.

The party’s deputy secretary-general and Makueni MP Dan Maanzo concurred saying that, “the only thing we submitted yesterday [Monday] was the running mate’s name.”

Mr Musyoka confirmed the same as he unveiled his running mate Andrew Sunkuli on Monday, saying he had earned Wiper’s mandate to seek the presidency.

“It so happens that my name, as we speak, is before the IEBC as a presidential candidate for Wiper Democratic Movement,” the Wiper leader said.

The IEBC had set April 28 as the deadline for political parties to present the names of their aspirants for respective seats and it was this timeline that would have threatened Mr Musyoka's prospective candidacy.

The Wiper leader’s window of vying as an independent presidential aspirant would have closed on May 2, when independent aspirants were to submit to the IEBC a clearance certificate from the Office of the Registrar of Political Parties showing that they did not belong to any party.

The IEBC did not respond to our inquiries on whether the Wiper party had submitted Mr Musyoka's name as the party’s presidential flag bearer by April 28.

“It could be that Wiper submitted Kalonzo’s name to the IEBC and that is why they were confident in making the demands on the running mate,” Bobby Mkangi, one of the drafters of the Constitution, said on Tuesday.

“The question then becomes: Did Wiper endorse Raila Odinga?” Mr Mkangi posed, arguing that Wiper party may have “kept the post open.”

He said Mr Musyoka would have “legal problems” if he failed to work his potential candidacy within the stipulated timelines, which could void the party’s move to nominate him as flag-bearer.

Another impediment to the Wiper leader's candidacy is the Azimio la Umoja One Kenya agreement he signed on March 12. The deal ties him and his Wiper party to the coalition until three months after the elections. He cannot leave the coalition six months before the election.

The Political Parties Dispute Tribunal voided Alfred Mutua’s Maendeleo Chap Chap party move from Azimio to the Kenya Kwanza Alliance. And it is perhaps on this precedence that Wiper had said it would move to court on Monday to seek a way out of Azimio.

Mr Maanzo said Wiper has already moved to court but declined to reveal the party’s prayers when they filed the case and before which court.

Mr Mkangi said that Mr Musyoka could get a reprieve in court, assuming that his party submitted his name to the IEBC on time. “It would be difficult to stop him from running and exercising his political rights because of the agreement,” he said.

The constitutional lawyer further argued that even if the Wiper leader decides to ignore the agreement and avoids seeking legal redress, the ball would be in Azimio’s court to argue for an infringement of the deal.

“It would be up to Azimio on whether or not to challenge Kalonzo’s candidacy. If there is no challenge, from Azimio or whoever, the IEBC will clear him,” Mr Mkangi stated.

For the longest time, the 2022 presidential contest has been shaping up into a two-horse race between Mr Odinga and Deputy President William Ruto. It is doubtful that Mr Musyoka's candidacy would change that fact, but it would affect the race to earn 50 per cent plus one vote for either aspirant.

“Kalonzo may force a run-off if Mt Kenya does not swing decisively towards the Raila-Martha Karua ticket,” Prof Gitile Naituli, a lecturer at the United States International University said, arguing that it would up the stakes in post-election negotiations.

“He wants to force the run-off so that he can be taken seriously. But he is the author of his own misery since he declared quite early that he was not ready to work with Kenya Kwanza,” Prof Naituli said.

“Once you do that, you cannot be taken seriously because you have already offered yourself to someone else, who will not have to work hard for your support,” he added.

In the event that his path to seeking the presidency is blocked, Mr Musyoka could decide to go back to Azimio or move to Kenya Kwanza. At Azimio, he has the position of Chief Cabinet Secretary that was announced by Mr Odinga on Monday.

A similar position is reserved for Musalia Mudavadi in Kenya Kwanza, but he could negotiate a deal were he to join the Ruto-led coalition.

“He would have a chance to negotiate but definitely not on the top tier in terms of the presidential candidate and the deputy presidential candidate. Those are already closed. Maybe at different levels. The government has many opportunities and we believe that Kenya Kwanza would form the next government. He would still find something if he came along,” Ms Maina said on Citizen TV.

“Kalonzo is open-minded,” Mr Maanzo said on the Wiper leader’s prospects of a reunion with Mr Odinga and that teams from the two sides are still in talks. 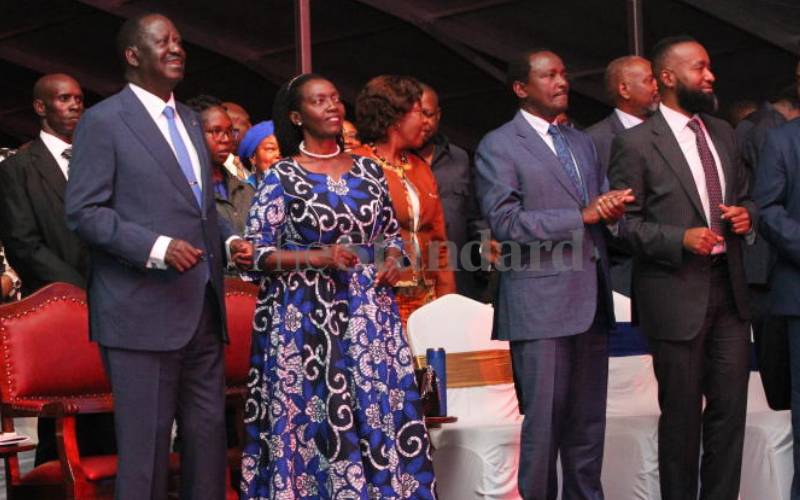 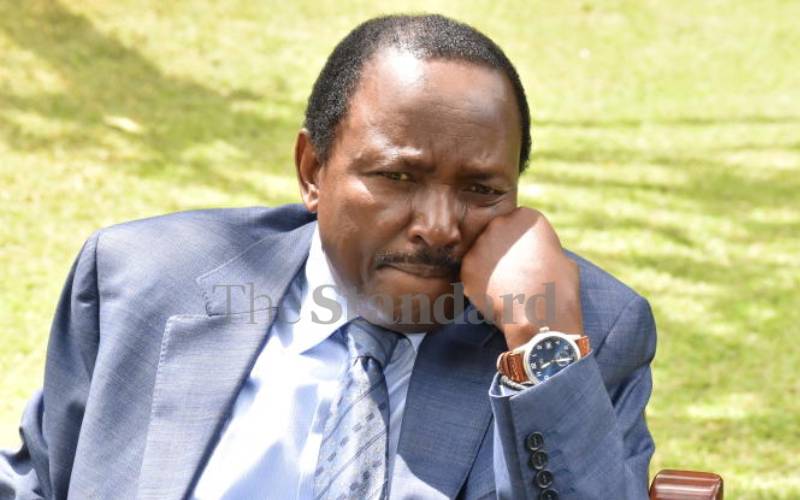 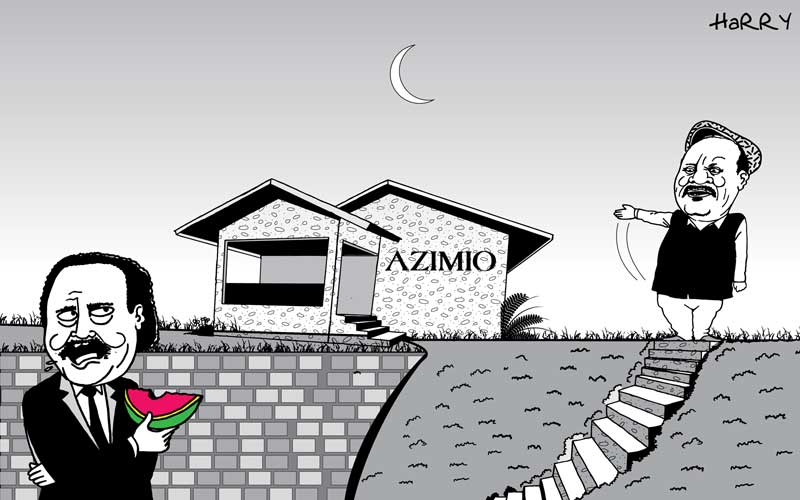