My fears on Raila: Kalonzo Musyoka wary that deal could fall after victory

By Nzau Musau | 4mos ago

Wiper Democratic Movement leader Kalonzo Musyoka has given snippets of what he described as “deep understanding” between himself, ODM leader Raila Odinga and President Uhuru Kenyatta on 2022 politics.

In an interview with Musyi FM, Kalonzo alluded to a separate understanding which may have been signed between the three at State House, ahead of the “plenary” signing ceremony at KICC last Saturday, and which had been negotiated two weeks before.

He also expressed fears that his “strategic move” notwithstanding, what has played out between President Felix Tshisekedi of Congo DRC and former President Joseph Kabila- a political fallout- could replay itself in Kenya post-2022. Kalonzo said he was not bought off, and that he knows what he signed to, as a person. He revealed how both Raila and President Kenyatta kept him waiting at State House from 7:30am to 1pm, before Kanu chairman Gideon Moi joined him. Raila and Uhuru later strolled accompanied by Kitui Governor Charity Ngilu.


“There is a very deep understanding between three people, Raila, Uhuru and myself. It was a structured dialogue, we had drafters. They were bringing in documents and we would check and so on. Personally, I know what I signed.

“But because of time, our SG’s did not have time to read, that’s why some are talking about Azimio la Umoja. As for me, I cannot sign something I have not read. I am a Senior Counsel,” he said.

Asked directly whether he struck a deputy President bargain, Kalonzo said it was a matter of time:

“Those are deep secrets. People will see as we go…. When all is settled and the political arithmetic is finally done, I will emerge somewhere where the people of Kenya will be able to say I will be the next president.”

He revealed the nitty-gritty of the power-sharing at the mid-level, Cabinet Secretaries, Principal Secretaries etc, is not fully settled, expressing confidence that his experience as "a professional negotiator" will bail him out.

“Nothing is agreed until it is agreed," he said.

He was vexed by claims that he was bought off for Sh3 billion: “Those who know me know integrity is an integral part of me. Since I was born I have never seen Sh1 billion. And why would one keep Sh1 billion? I can never auction my community. I’d rather die.”

He said from his resolve, the 2022 presidential election will be voted together with 2027. Drawing lessons from DP William Ruto’s fervent campaigning, he is not going to slow down after Raila triumphs. He also said he had picked a lot of continental experience, including the political fallout in Congo DRC between President Tshesekedi and Kabila. Speaking in deep Kamba metaphors, he said he is more alert than any time before.

“Does that sound familiar in Kenya? Immediately he obtained stability, he rode on instruments of power to buy off people…

“Once someone is enthroned the 5th, if it is not Kalonzo wa Musyoka who fears God, they could change, so that people like President Uhuru may even require a one-month appointment to see them,” he said.

He said they had all agreed to revisit Building Bridges Initiative (BBI) once Raila ascends to power. He also said Raila must respect the “three-legged stool” arrangement once in power, falling short of affirming he would deal with him politically.

“If he rejects the three-legged stool, what would you do with such person?”

Kalonzo admitted the pact between himself and Raila had begun on a sour note but hoped all would be well. He said he was surprised to see the decors at Saturday’s KICC event reading “Azimio La Umoja” yet they had come to sign up to “Azimio- One Kenya”.

He questioned the legality of West Pokot Governor John Lonyangapuo and Mombasa woman representative Mishi Mboko proposing and seconding Raila as “Azimio La Umoja” presidential candidate when there was nothing like that.

“If someone wanted to go to court, they could easily say this is a nullity….I was holding my hands, thinking as senior counsel, and asking myself… these proceedings cannot be correct. Raila should be declared a candidate of Azimio- One Kenya, but here he was, being declared the candidate of Azimio La Umoja.”

He brushed off claims that a coalition party cannot form a coalition with another coalition, saying the Registrar of Political Parties is no more senior lawyer than him.

“The fact of the matter is that Azimio is a political party, a legal personality of its own. Nothing stops it from having a coalition with a legal entity, but we are not there yet…. We can even register it as cooperation.”

Speaking to the forced reunion between him and the three Ukambani governors- Kivutha Kibwana (Makueni), Alfred Mutua (Machakos) and Ngilu (Kitui)- Kalonzo said he had opted to move on, asking all including regional MPs, to rally behind him.

“The flock knows their shepherd. Look, I am a complete orphan, but God is usually with me. And since I am fighting for my people, if you fight me, God will deal with you.”

He complained of the media’s preoccupation with the three governors saying he’s going to bury that discussion once and for all in August. 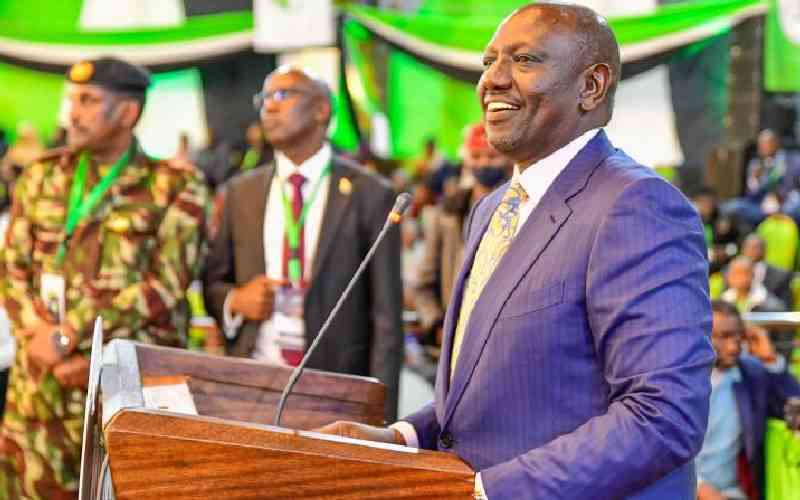 What William Ruto should do to make all Kenyans feel safe in his hands
Michael Ndonye
By Michael Ndonye
32 mins ago
Embassies, High Commissions in Nairobi laud Kenya for peaceful polls
Politics
By Betty Njeru
41 mins ago
President Kenyatta meets Religious Leaders
National
By PSCU
42 mins ago
Susan Kihika, Kawira Mwangaza among governors-elect to be sworn in next week
Politics
By Standard Team
53 mins ago
. 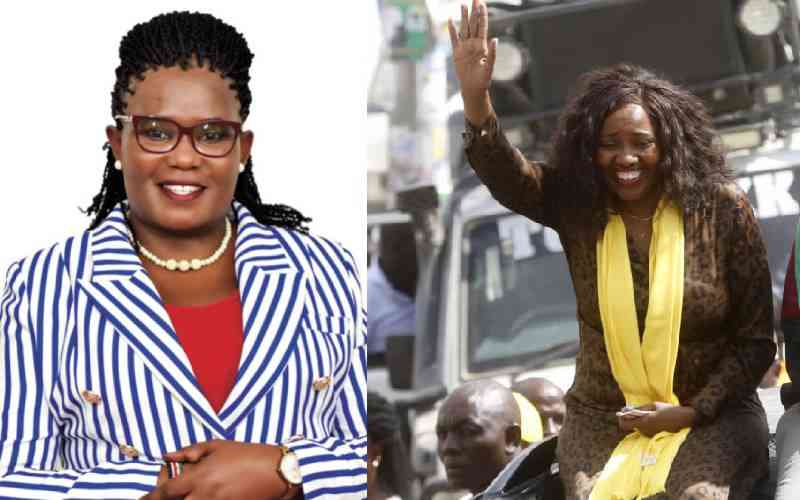 By Standard Team 53 mins ago
Susan Kihika, Kawira Mwangaza among governors-elect to be sworn in next week 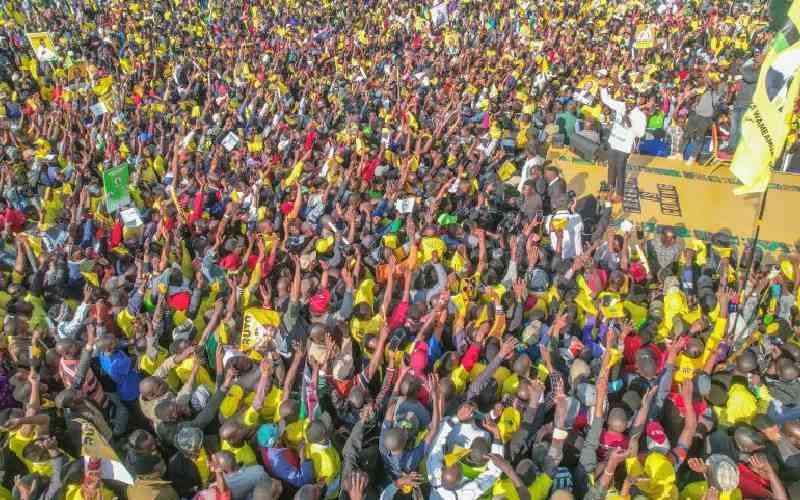 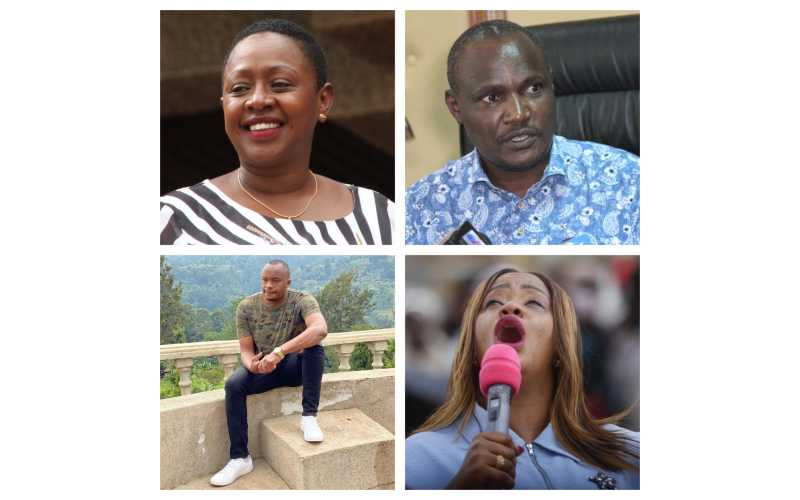