The National Rainbow Coalition (Narc) and Muungano parties led by Governors Charity Ngilu and Kivutha Kibwana respectively have officially endorsed Raila Odinga for the presidency in the August polls.

The two parties held a joint meeting at the Bomas of Kenya, Nairobi on Friday, and resolved not to field a presidential candidate but instead join forces with the Azimio la Umoja movement.

Narc party leader Charity Ngilu expressed confidence in the choice of Odinga as their preferred candidate, saying the country’s future would be secured.

Ngilu hit out at Deputy President William Ruto’s ‘Hustler movement’ saying that only Raila can steer the country forward.

NARC-MUUNGANO Joint Delegates Convention at Bomas graced by the Right Hon. @RailaOdinga #The5th. The resolve is unanimous- our two parties will massively mobilise and support the #AzimioLaUmoja and Raila Odinga as our common presidential candidate. pic.twitter.com/FGKowkr9fL — Kivutha Kibwana (@governorkibwana) February 18, 2022

Odinga, who graced the meeting reminisced of his days in opposition, working together with Ngilu.

“Charity is a fearless woman. I have worked with her before when we were in the opposition,” he said.

The ODM chief called out leaders who have been referring to him as a “government project”, urging his supporter to just laugh it off.

“These people saying Raila is a project…how can I be a project? That is rubbish...,” said Raila, promising to liberate Kenyans economically if elected.

The parties had both held their respective National Delegates Conference (NDC) Friday morning before the joint conference at Bomas.

Raila jetted into the country today for the meeting after a week-long trip abroad. 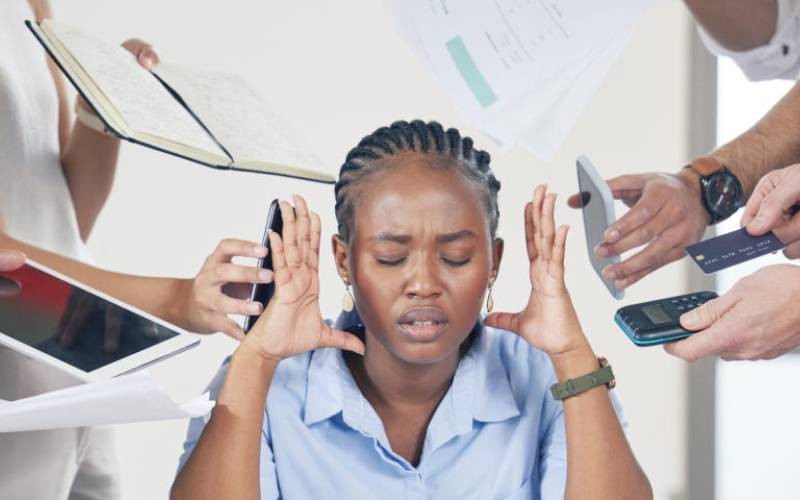 How to cope with adversity this year
Wellness
By Esther Muchene
32 mins ago
Gunn's new DC slate features Superman, Supergirl and Batman
News
By AP
1 hr ago
Premium Chebukati: This is my story
Politics
By Nzau Musau
1 hr ago
Will Smith, Martin Lawrence reteaming for 'Bad Boys' sequel
News
By AP
1 hr ago
.