United Democratic Alliance has announced dates for its primaries, setting in motion a do-or-die exercise that has the potential of locking out heavyweights from the August 9 polls.

The Deputy President William Ruto-led outfit yesterday said it will conduct the nominations between April 9 and 16 while fighting off claims that there were preferred aspirants.

A cut-throat political race is expected in Ruto’s stronghold of Rift Valley in what promises to be a make-or-break exercise since it has the potential of triggering a political fallout within the party.

UDA National Elections Board chair Anthony Mwaura has since assured aspirants that the process will be free and fair and that there were no plans to issue direct tickets.

UDA said it has so far registered 6.6 million members.

“DP Ruto has undertaken that the nominations will be free and fair. This means the has no preferred aspirants and is has not set aside any direct ticket. All aspirants will face Wanjiku’s verdict pm the nominations day."

Several political heavyweights perceived to be close allies of DP Ruto are expected to square it out for the party ticket.

Party primaries have previously turned into nightmare for party leaders over rigging claims.

In some instances, the nominations have been violent forcing parties to issue direct ticket, with the aggrieved jumping ship to contest as independent candidates.

The Independent Electoral and Boundaries Commission (IEBC) has since set April 16 to April 22 for party primaries.

This implies that losers in the primaries who decide to run as independent will have a week to submit their papers. They have until May 2, according to IEBC's timelines.

Further, the party will be required to prepare a list of its registered members for purposes of the primaries. The recently enacted political parties law provides that only party members can participate in the exercise.

The list will have to be certified by the Office of the Registrar of Political Parties (ORPP).

Under the previous regime, non-party members were allowed to participate in the nominations and that provided a loophole for external forces to influence the process.

Today, the board will begin a nationwide tour to meet aspirants seeking UDA tickets. The officials will visit Narok, Bomey, Kericho and Nandi counties 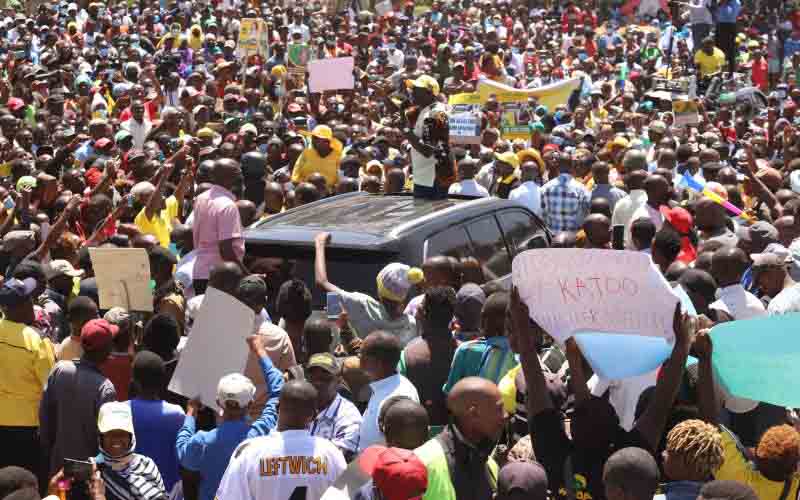 Woman on the move: Elizabeth Wathuti feted for climate change advocacy
Achieving Woman
By Peris Wambugu
33 mins ago
Premium From holding knife like a spear, chewing noisily and other don'ts of 'fine dining'
National
By Lynette Kwamboka
33 mins ago
World Championships: Adhiambo and Nekesa happy with their show at global event
Volleyball and Handball
By Ernest Ndunda
33 mins ago
Premium State's fuel subsidy programme leaves a deeply scarred industry
Financial Standard
By Macharia Kamau
1 hr ago
.

By Lynette Kwamboka 33 mins ago
Premium From holding knife like a spear, chewing noisily and other don'ts of 'fine dining'

By Ernest Ndunda 33 mins ago
World Championships: Adhiambo and Nekesa happy with their show at global event