The Orange Democratic Movement (ODM) is split over the mode of selecting candidates for various elective seats in Western for next year’s General Election.

Deputy party leader Wycliffe Oparanya is pushing for a system that could see “popular” candidates handpicked or chosen by delegates in certain areas, which has not gone down well with majority of aspirants eyeing various seats on the ODM ticket.

The party has for long dominated the region’s politics and its primaries have always been an emotive issue.

Governor Oparanya, who says the decision has already been endorsed by the party’s top decision-making organ, avers the move is borne out of fear that external forces could infiltrate the party’s nomination exercise.

Political commentator Martin Andati warns that direct nominations could cost ODM dearly even as Oparanya insists they will enhance the party’s chances of winning many seats as possible.

“The party has agreed to change the system of conducting primaries. We will not subject aspirants to nominations but either hand-pick or use delegates system to nominate party’s candidates,” Oparanya said when he met a section of Ward representatives from Bungoma and aspirants for various elective seats from West Pokot separately at Kakamega Golf Hotel on Monday.

Oparanya, whose remarks came after he met with ODM party leader Raila Odinga in Kisumu, claims the idea behind the strategy was also to reduce costs incurred by aspirants during the nominations.

“The new arrangement will help cut down on the cost aspirants incurred in nominations. We want to save them from such expenses through a cheaper process,” said Oparanya.

But Andati argues that some aspirants may decide to go it alone at the expense of ODM if they are frustrated by the party’s high command.

“ODM claims their decision is a scientific survey, but nothing can be further from the truth, they must first get into a coalition and agree to field candidates as a unit or else things will not work out for the Orange party,” he says.

However, Oparanya maintains that the party was putting adequate measures in place to ensure the new system works well for all aspirants and ODM countrywide.

“We are strengthening our electoral systems to ensure free and democratic nominations devoid of fallouts,” he added.

The governor said the strategy is informed by the fact that ODM lost many seats in the last elections due to flawed nominations.

ODM performed dismally managing a paltry eight parliamentary seats out of the 33 in Western.

In Kakamega County, it won only two MP seats out of 12. ANC scooped five seats and Jubilee four seats while Ford Kenya won one seat. But Oparanya has reassured those eyeing the ODM ticket that all is well even with the new arrangement.

ODM National Elections Board (NEB) convened a grassroots leaders meeting in Kakamega recently to update them on new rules and plans for the upcoming party elections.

“I will personally ensure that the ODM Elections Board conducts free and fair nominations,” said the governor.

NEB chairperson Catherine Muma and Mumias West MP Johnson Naicca were among those who attended the meeting.

Finally, the day is here! A new set of millionaires will be crowned in the 18th edition of the Standard Chartered Nairobi Marathon. 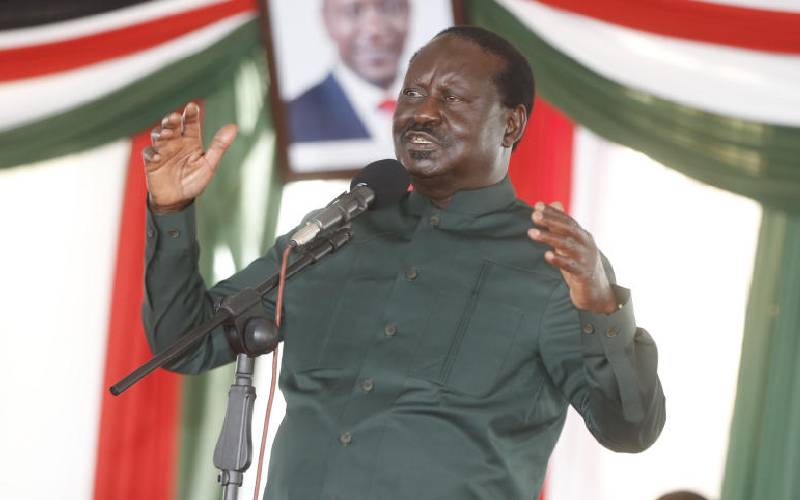