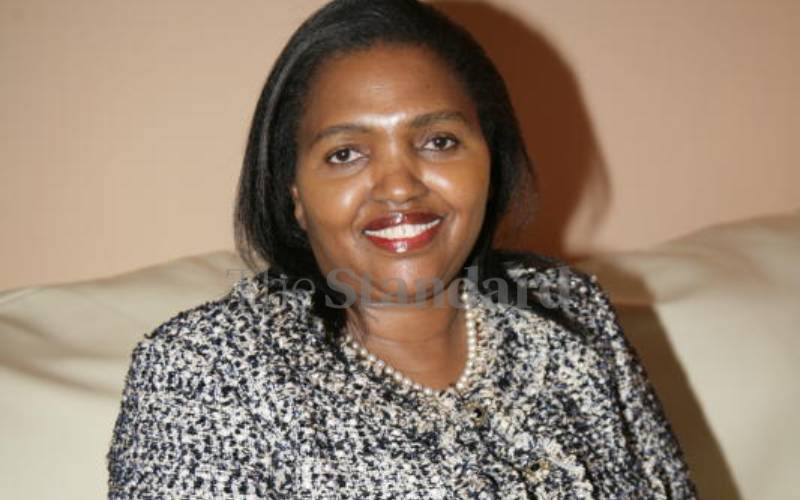 "It is time to introduce business policies to the Senate as we operate in an environment where politics is the order of the day," Tabitha said in a telephone interview on Monday.

Currently, the seat is held by Susan Kihika, who has announced her intentions to vie for the Nakuru governor seat.

Tabitha has been in the limelight having guided her Naivasha-based Keroche Breweries to become one of the top breweries in the county.

She remained tight-lipped on the political party she will join in the battle for the senate seat saying she was still consulting voters.

"It is still early to state which party I would use to contest the seat. I am still consulting advisers, voters and family," she said.

On her decision to join politics, Tabitha said that she had consulted widely and had decided to give the seat a shot in the 2022 elections.

“For years, I have shied off from politics to concentrate on business but time is ripe for me to introduce policies that will cushion and support fellow investors,” she said. “I think I have new business ideas which can spur this country ahead economically and when the time is right I will name my political vehicle."

Tabitha at the same time called on President Uhuru Kenyatta to lift the curfew, noting that this has adversely affected the country and mainly the hospitality and transport sectors.

She said that with pubs closing by 7pm, their sales were low; and that is hurting the economy and those who operate between 10pm to 4am.

“The Ministry of Health has managed to contain the spread of Covid-19 mainly due to the ongoing vaccination exercise and its time the curfew was lifted,” she said.

KEROCHE BREWERIES VS KRA: The story of alcohol, taxes and lies | INSIDE SOURCE

Ndichus’ viral video incident, what we know so far

In a special notice dated October 19, 2021, the board said the move was to pave ways for formal investigations to take place.