Kanu has launched a countrywide drive to revamp the outfit ahead of next year's General Election.

Kanu's Director of Party Organisation Job Waka said they will commence the process next month in preparation for the General Election.

Waka said the process aimed at popularising the party was initially scheduled to begin at the end of this month but it has been pushed to next month.

“The party is also in the process of restructuring its constitution ahead of next year’s polls,” he said.

Mombasa County Chapter Chairperson Rukia Rashid said despite the county being an ODM stronghold, they have managed to conduct a massive recruitment drive, with 6,000 residents joining the party.

Rashid said the party has a huge potential for growth, adding that the planned countrywide campaigns should boost its image.

She dismissed claims that the party is a passing cloud despite the slow pace in the recruitment of members.

“We have plans to have monthly local activities to keep the party alive and kicking,” she said.

Waka said the party will soon unveil its manifesto and give the way forward on whether it will field a presidential candidate or support one agreed on in a coalition of parties.

Currently, Gideon is a key figure in the One Kenya Alliance (OKA) that also brings on board Amani National Congress leader Musalia Mudavadi, Wiper’s Kalonzo Musyoka and Moses Wetang'ula of Ford Kenya.

Tokyo 2020 organisers are taking no chances in the fight to prevent Covid-19 spread at the games. While they have made sure that all the protocols are

He joins Rodgers Kwemoi and Weldon Kipkurui for a face-off with Uganda’s Joshua Cheptegei on Friday.
Share this story 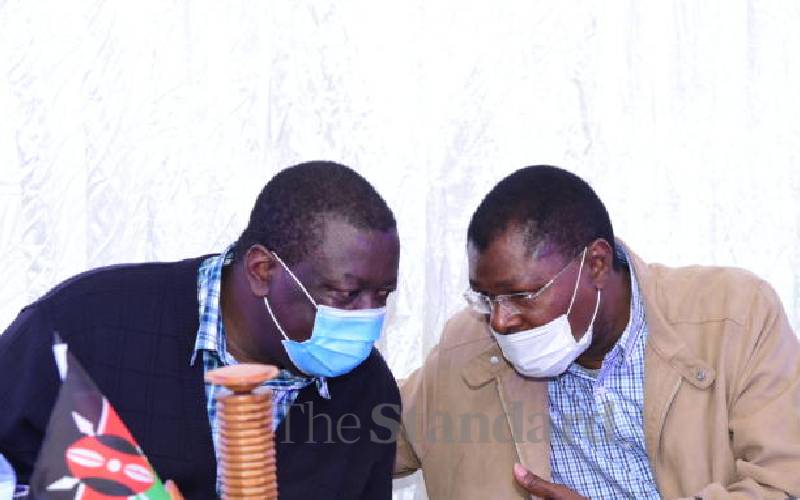