South Mugirango MP Sylvanus Osoro has dismissed as fake reports indicating that he was on Saturday heckled and chased away from a function in his constituency for badmouthing Interior Cabinet Secretary Fred Matiang’i.

He accused his political detractors of trying to use an old vernacular clip to spread lies and tarnish his name for their selfish political interests.

“This is an old clip of 10 seconds, why don’t they share the new one, where I am mobbed by my constituents? This is dirty politics,” he told Standard Digital on phone.

Osoro said he is currently in his constituency inspecting his development projects and locals are elated wherever he goes contrary to reports on some section of the media.

He said he was very popular in his constituency and no one can heckle him over those flimsy grounds.

"If I send you the clips of my functions in the village between Friday and Saturday, you will be shocked, not even a single jeering has been witnessed," he said.

The MP, a staunch ally of Deputy President William Ruto, said the clip being shared online is a three-month-old video where locals declined cash from him after he had addressed them saying they were too many and the money could have led to a fight.

“I am seeing a three-month-old clip where locals told me not to give them money because they felt they were too many being used as fresh clips, this is unfortunate,” he said.

He urged his opponent to play issue-based politics instead of using stupid tactics to try and bring others down.

“Let people stop this stupid and outdated politics of name-calling and play clean politics that will benefit our people.”

A section of the media reported that Osoro was forced to cut short his speech on Saturday after rowdy youths heckled him in his constituency for attacking Matiang’i.

In the viral clip, the rowdy crowd is heard shouting him down as he attempted to address them while atop his car.

"Get out of here," shouted the residents in a local dialect. When he attempted to engage them with a question on whether they would fight for the Hustler Movement led by Deputy President William Ruo, they told him off.

The MP is reported to have found himself in trouble after President Uhuru Kenyatta told Kisii youth when he visited the region to protect CS Matiang’i and not to allow anyone to insult him.

Uhuru had told Kisii residents to protect Matiang'i as their prospective kingpin and not to allow outsiders to directly belittle him or use youths to insult him.

The youths in response pledge to protect the CS and not to allow leaders from outside the region to use them to belittle him.

Matiang’i has been targeted by DP Ruto allies who have accused him of using the police to block and teargas Tanga Tanga function across the country.

Speaking during the recent Ruto’s tour in Nyamira the leaders led by Mathira MP Rigathi Gachagua, accused CS Matiang'i of not helping youth from the region to get jobs in the government instead of using the police to teargas them for supporting the hustler movement.

"How many people have your person helped to get in government, KWS, Prisons even empowerment, and yet he calls himself a leader. Power is temporary, use it in assisting the poor," said Gachagua.

They also linked Matiang’i to the recent political chaos at Kenol town in Murang’a county two people lost their lives.

Kericho man accused of cheating on wife chops off manhood

A source at the hospital said the procedure to reattach the hanging manhood lasted for three hours.

By Stephanie Wangari | 35 minutes ago 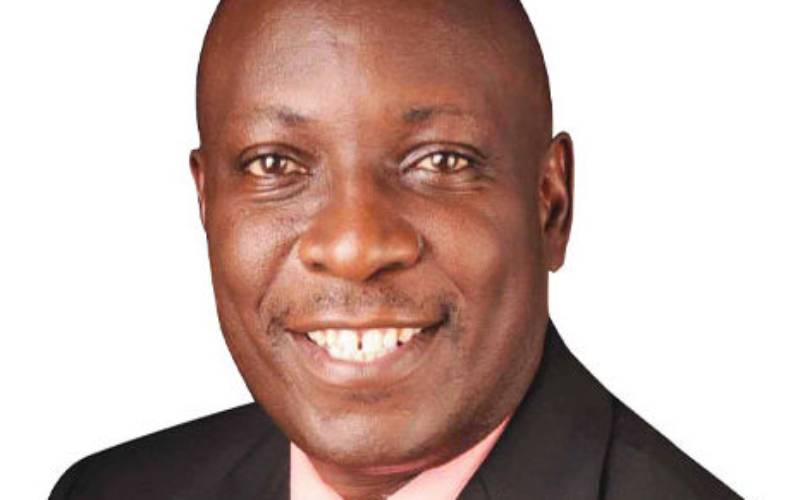 Why Uhuru will not be campaigning for Raila Odinga
;
Feedback