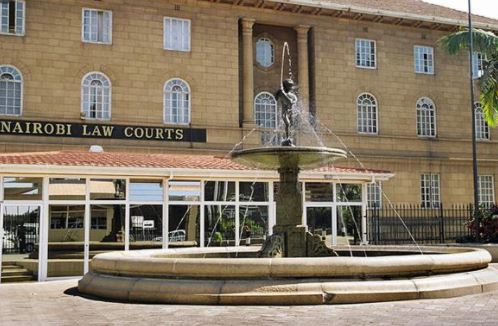 Nairobi High Court based in the Constitutional and Human Rights Division has suspended the implementation of recent Chief Justice David Maraga’s advice to the President to dissolve Parliament.

In the ruling issued by Judge Weldon Korir, the court has suspended the implementation of the decision to allow for the determination of the constitutional merit of the advice.

This is after two people, Leinah Konchellah and Mohsen Munasar, filed a petition under a certificate of urgency yesterday, challenging the decision by the head of the Judiciary. The two had prayed to the court to stop the dissolution of Parliament in accordance with Mr Maraga’s call until their petition is heard and determined.

“…the implementation of the advice contained in the document titled “Chief Justice’s Advice to the President Pursuant to Article 261 (7) of the Constitution” stands suspended pending the hearing and determination of the Notice of Motion dated September 23, 2020, or the issuance of others by the court,” court ruling reads in part.

The High Court has further recommended a constitution of a panel of not less than three judges to hear and determine the petition.

“I direct the Deputy Registrar of the Constitutional and Human Rights Division to forthwith and without delay to transmit this file to the Chief Justice for the purposes of constituting a panel of judges to hear the petition,” the judge ruled.

The court has directed the petitioners to serve parties drawn in the suit by September 28, 2020, as the mentioning comes on October 7, 2020.

The petitioners have lined up Chief Justice David Maraga and Attorney-General Paul Kihara as the respondents in the case. They have also drawn the National Assembly and the Senate as the interested parties.

The ruling comes just hours after the Law Society of Kenya served a warning that the Parliament is unconstitutional and lawmakers should not be in the office by October 2020.

The LSK President Nelson Havi warned of possible protest should the two houses continue with the business after the 21 days the President was advised to dissolve them.

“Following the advice by the Chief Justice to the President of the Republic of Kenya to dissolve Parliament, we notify you that Members of the National Assembly and Senators of the 12th Parliament will be unlawfully in office effective 12th October 2020 being twenty-one days from the date of the said advice,” he said.

He then went ahead to advise the IEBC to prepare for the election and have a plan of ensuring strict adherence to the two-thirds gender rule.

“You are obliged to devise administrative mechanisms to ensure that the two- thirds gender principle is realised among political parties during the nomination exercise for the by-election to be held pursuant to the advisory given by the Chief Justice,” he noted.

After Justice Maraga issued the directive on Monday, September 21, Parliamentary Service Commission (PSC) and the Kenya National Union of Teachers (KNUT) publicly announced their intention to challenge the advisory in court.

Kenya has made positive strides to eradicate FGM
Opinion
By Agnes Leina
24 mins ago
Safaricom responds to client's complaint on 'strange' M-Pesa transaction
Business
By Mate Tongola
43 mins ago
Former Chelsea forward Atsu rescued after Turkey earthquake
Sports
By AP
1 hr ago
Vera Sidika: I have scheduled a day to give birth to baby number 2
News
By Vincent Kejitan
1 hr ago
.