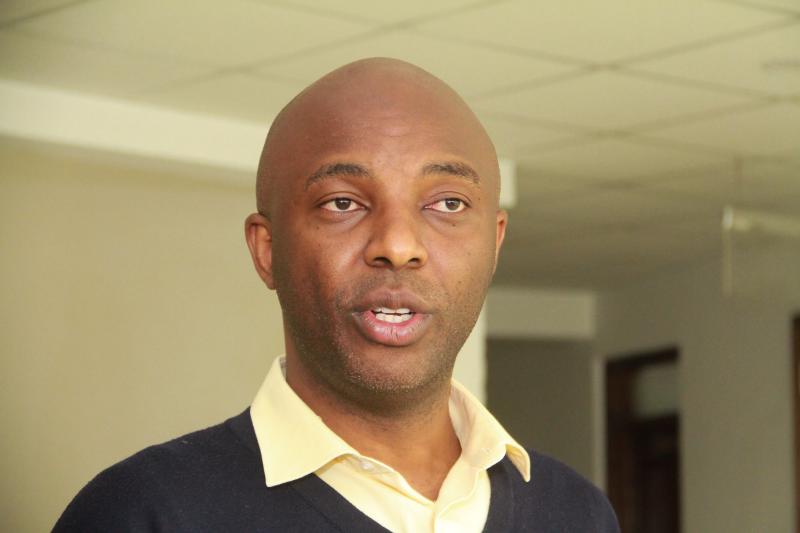 The Senate Majority Whip Irungu Kang’ata (pictured) thought of himself as more adept.

After weeks of playing the bully, he finally budged and came up with an amendment to the revenue-sharing formula motion that was sure to set his opponents wild with excitement.

All along, the quarrel had been over the fear that some counties would get a smaller share of the revenue pie than they did last year.

His work of genius would put that off, for two years at least. Finally, he would make everyone happy, so he thought.

He showed up on Tuesday all smiles, a week after possibly scheming to block debate on the motion, “having heard the cries of his brothers and sisters.”

His amendment would see the Commission on Revenue Allocation’s new formula take effect in 2022 and urged senators to have faith that the share of revenue for counties would have gone up by then.

But even so, he came prepared for a fight he was sure to win after counting all the troublemakers and was convinced that they were the fewer side.

They made his task exceptionally easy with their matching ties that were seemingly carved off the Kenyan flag.

As he would learn, however, faith isn't the strongest motivator. Had he known this earlier, he would have perhaps reconsidered opposing an earlier adjournment motion by Minority Leader James Orengo.

"This is the end of the discussion," he confidently declared as he shot down the motion to adjourn, alongside his foes, in a one-off show of unity.

And at that moment, as his enemies gave their reasons for opposing the adjournment, Kang’ata knew the day was his.

“Kill us now!” the would-be ‘No-team’ cried out in surrender, imploring the Murang’a senator and his allies for the quickest death. Their words rang like sweet music in his ears. They drew him in with their flowery deceit and their sombre voices betrayed no hint of their ill intentions.

But he was falling head-first into a well-laid trap. Had he read Sun Tzu’s The Art of War, he would have perhaps seen beyond their fraud.

He watched helplessly as they cheered each other on and abandoned his pen, with which he had appeared to tally the votes.

He looked nothing like the triumphant man from a few minutes earlier who had shot up to celebrate the hesitant ‘yes’ from his Nakuru counterpart Susan Kihika.

When the torture of the looming defeat was too much to bear, he walked out and returned later to collect the pieces.

Nursing a broken heart, the bully from Murang’a would sit through a spirited push to have the second leg of the battle decided, and with it a second loss delivered.

But as it turned out, he wasn’t the only one who lacked in charm, as Deputy Speaker Margaret Kamar would decline overtures to extend the sitting past curfew hours to discuss a subsequent amendment by Nairobi’s Johnson Sakaja.

By Patrick Beja and Nehemiah Okwembah | 44 minutes ago