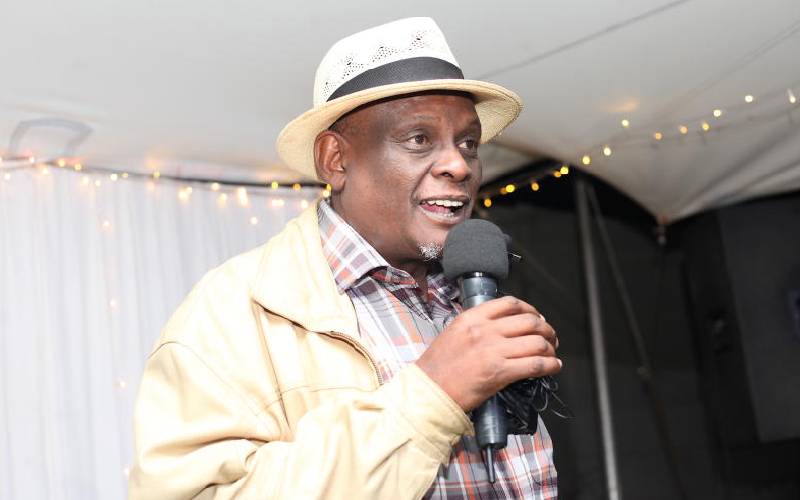 Jubilee Party National Vice Chairman David Murathe has dismissed as false claims by Tangatanga leaders that there is a plot to impeach Deputy President William Ruto.

Speaking to a local TV station on Thursday, Murathe said no one was plotting to impeach Ruto as claimed by the DP allies.

“The impeachment talk, is something being used by leaders allied to him (DP) to seek sympathy, but I can tell you for sure it is neither here nor there,” he said.

Murathe (pictured) said the relationship between President Uhuru Kenyatta and his deputy had ended after the latter threatened and defied his boss.

He said Ruto had been using his proxies to challenge President Uhuru in the past until last week during the Senate PG meeting at State House when he took on his boss by whipping senators to skip his meeting.

“Ruto was at his Karen home calling Senators and telling them to skip a PG meeting called by the party leader, this is insubordination of the highest degree,” he said.

Murathe said what the DP did was not only insubordination but also a threat to President Uhuru.

“Whipping senators not to attend the State House PG meeting was bad, it is unheard of anywhere in the world. It was a threat to the President,” Murathe said.

“Wha he did was like asking the President ‘who do you think you are? I will ask the senators to skip your PG meeting. Unfortunately, he failed to convince the leaders not to attend,”

Ruto allies led by Gatundu South MP Moses Kuria have claimed that a plot has been hatched to impeach him.

Kuria claimed that Kieni MP Kanini Kega was planning to table an impeachment motion against Ruto in the National Assembly.

"I know Kanini Kega has a motion ready for the impeachment of DP Ruto. In the mind of Uhuru he fired Ruto a long time ago, why are we firing him twice? He has accepted he is just waiting for his term to end," said Kuria.

Ruto's allies have said the ongoing purge in the Senate and the imminent one at the National Assembly are meant to pave way for Ruto’s ouster.