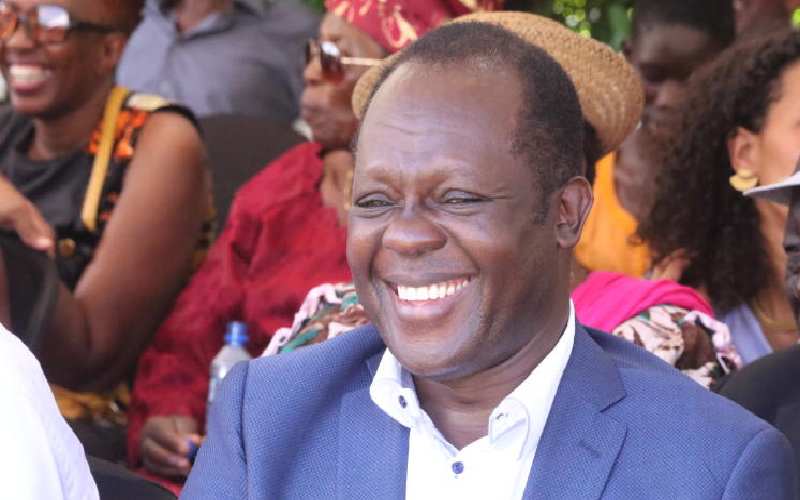 According to two separate replies filed by the party and its secretary general, Raphael Tuju (pictured), the two – ousted Senate Majority Leader Murkomen and Ms Kihika, who lost her Majority Chief Whip post –  jumped the gun by failing to engage the party first to resolve the standoff before going to court.

In its objection filed by lawyer Njoroge Regeru, Jubilee urged the court to dismiss the case without looking into the complaints raised by the two lawmakers, who are associated with the ruling party’s Tangatanga camp, an outfit supporting Deputy President William Ruto’s 2022 presidential bid.

“Under Section 40(1) of the Political Parties Act number 11 of 2011, any dispute of the nature raised in the petition herein must first be subject to the dispute resolution mechanism prescribed in the constitution of the first respondent (Jubilee),” a court reply seen by The Standard reads in part.

Kanu to repossess its grabbed assets in Nairobi

The party also accuses Murkomen and Kihika of deceiving the court as there is a similar and unsettled case before the PPDT.

“The petition is therefore premature, mischievous, vexatious and an abuse of court process,” Jubilee said in its court papers.

In the case, Murkomen and Kihika claimed the Jubilee-Kanu coalition deal was unconstitutional and not sanctioned by the ruling party’s National Executive Committee (NEC). They further claim their party leader Uhuru Kenyatta had no numbers to warrant their removal from office.

“The respondents have in blatant violation of the law engaged in an illegal coalition, where after have purported with the strength of the said coalition to remove the Majority Leader and Majority Whip of the Senate in blatant disregard of lawful procedures,” they say in the case filed against Jubilee Party, Mr Tuju, Chairman Nelson Dzuya, Kanu, the Registrar of Political Parties and Senate Speaker Ken Lusaka.

Tuju, on his part, argues that the case filed by the duo has similar issues as the one before PPDT, and wants the court to strike out the case and punish the two by condemning them to pay costs.

By Allan Mungai and Jacob Ngetich | 4 hours ago

By Allan Mungai and Elvis Ogina | 10 hours ago