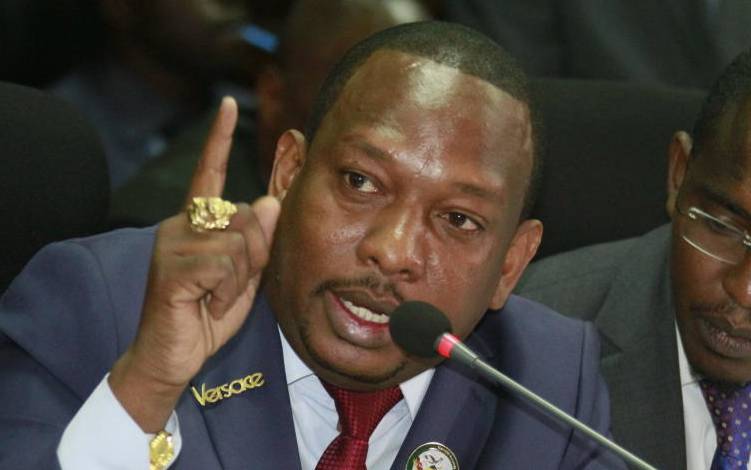 Nairobi Governor Mike Sonko (pictured) has received a temporary reprieve after a Nairobi High Court suspended his impeachment motion citing its failure to comply with Standing Orders of the County Assembly.

The impeachment motion, which was moved by the Makongeni Member of County Assembly Peter ‘Jateso’ Imwatok was to be discussed on Tuesday.

Judge Byram Ongaya in his ruling on Monday said the due process has to be followed before the motion commences.

“A conservatory order issue suspending the intended motion pending the hearing and determination of the petition before me, “ruled Ongaya.

Sonko through his lawyer Harrison Kinyanjui filed a petition at the Employment and Labour Relations Court seeking to stop the planned impeachment.

He was seeking orders stopping Nairobi County Assembly, the clerk and the speaker from debating or passing a motion to impeach him.

“Pending the hearing and determination of the petition, a conservatory order does issue, prohibiting Nairobi County Assembly, speaker, and clerk from deliberating or debating a motion tabled by Peter Anyule dated February 20, 2020, intended to remove Sonko from office,” said Kinyanjui.

Sonko says that he was elected on August 8, 2017, after a General Election was conducted where he took the execution of his duties to serve Kenyans.

He added that he holds a legitimate expectation that the rigorous process of the removal through impeachment has to be strictly adhered to in furtherance of the rule of law.

“County Governments Act, and standing orders 67 and 72 of the Nairobi City County Standing orders will be strictly adhered to before the motion is debated,” said Kinayanjui.

On the other hand, the County has stood its ground saying that the petition before Ongaya is not properly filed because that court lacks jurisdiction to hear it.

It says that it will raise a preliminary objection against the orders being sought because that court can only deal with employment matters.

The county says that Sonko does not have any employment relationship with it.

According to it, Sonko’s employment comes from the populist and not the County.

The ruling comes two days after City MCAs were summoned to State House where President Uhuru Kenyatta asked them to drop their impeachment bid.

During the meeting attended by approximately 115 out of a total of 122 MCAs, the President convinced the members that it was not yet the best time to proceed with the ouster motion as it would lead to a by-election which wouldn’t augur well for the county.

Imwatok, who was one of two MCAs conspicuously absent from the State House meeting, said that he was determined to continue with his fight against corruption and he would table the motion for debate come tomorrow.

“I will not be dropping the impeachment motion against the Governor and it shall be coming on the floor of the house. It is a private motion that no one asked me to do,” said Imwatok.

The Makongeni Ward MCA said that the motion was drafted in support of the fight against corruption and he was determined to see it go through.

“My motion is about consciousness and the ideals that are the timers creed of our time on the fight against corruption,” added Imwatok.

Sonko is expected to present written responses to his 16 listed grounds of impeachment today before the motion can proceed to be debated as from tomorrow (Tuesday).

At the same time, President Uhuru Kenyatta had pronounced himself on the court cases facing embattled Governor Mike Sonko and asked him to “carry his own cross.”

The President on Saturday told a beleaguered Sonko that he should borrow a leaf from his ICC trials and be prepared to fight the court cases on his own and respect the ruling delivered by the courts.

Governor Sonko is currently involved in a litany of court cases including one where he is charged with the alleged abuse of office and irregular payments that saw the county lose Sh357 million. Last week, the Governor was dealt a blow after the Anti-Corruption Court dismissed Sonko's application to stop his prosecution over the case.

The Governor is also under probe by the Ethics and Anti-Corruption Commission (EACC) over the allegedly flawed appointment process of his Deputy Governor nominee Anne Kananu Mwenda who he nominated to deputise him in January this year.

EACC is also probing City Hall officials over a Sh1 billion Stadia scandal. The Ethics and Anti-Corruption Commission is investigating allegations of corruption in the award of the tender for construction or completion of four stadiums to M/s Scanjet Construction Limited in the 2017/2018 financial year. 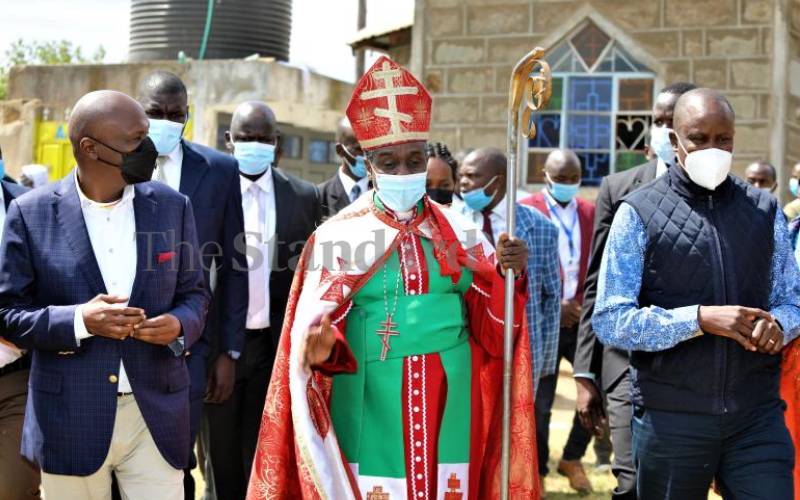