Nairobi, Kenya: Wiper has recalled Makueni and Machakos Majority Leaders for failure to stop impeachment of their respective governor and deputy governor.

The National Executive committee (NEC) made the decision unanimously arguing that the majority leaders for Makueni and Machakos counties failed to provide leadership during the impeachment of Machakos deputy governor Bernard Kiala and Makueni governor Kivutha Kibwana.

NEC announced that the party withdrew its support and nomination of Joshua Munga (Majority Leader of Machakos) and Francis Mutuku, (Makueni County Majority Leader) saying the two disregarded the instructions by the party. Wiper party leader Kalonzo Musyoka who addressed the press in Wiper offices in Nairobi together with the NEC, said he was cracking the whip on members who have defied party resolutions.

“Party members should show commitment and loyalty to the party. The Majority Leaders defied the party principles by passing motions without support of the party. We have given an opportunity to those who are not satisfied with the party to leave it,” said Kalonzo.

He said the majority leaders’ duty would be to ensure there is no motion of impeachment but they disregarded the instructions. Though political pundits say the Wiper party leader was slowly losing popularity in Ukambani, which is his stronghold, Kalonzo strongly dismissed the claims saying he is popular and his people are supporting his ambitions.

Earlier, Makueni Governor Kivutha Kibwana had pointed an accusing finger to the Wiper party for coordinating his impeachment. Kalonzo said Kibwana’s fate lies with the Senate which will investigate the allegations facing him to establish whether the Members of the County Assembly were justified to impeach him.

He said some members in the party have openly expressed disinterest in the party and treated the party with contempt and called upon them to resign from the party.

Kalonzo added that they were forced to review political situation in the region after some party leaders expressed matters of indiscipline by fighting in public.

Meanwhile, he revealed that he is the initiator of ‘Okoa Kenya’ and applauded the governors for their ‘Pesa Mashinani’ initiative which is steered by Bomet Governor Isaac Ruto. “Once you know what is good for the country, stand for it no matter the consequences,” he said.

Wiper chairman David Musila said the party will support the decision to recall the two adding that the two counties in Ukambani region were recently on the limelight for the wrong reasons.

He also censured Makueni Majority Leader Francis Mutuku for fighting in public at the County assembly during mayhem which left people injured adding that Makueni and Machakos counties have been facing challenges due to friction between MCAs and Majority Leaders.

“We had earlier summoned the two Majority Leaders to defend themselves but they failed. We will write a letter to the registrar of political parties and inform her about our decision,” he added.

He cautioned the public against corruption and challenged his political opponents saying the old KANU politics should be eradicated for the country to move forward. He said he cannot support impunity.

Musila said the door is open to MCAs who have threatened to quit the party. “We will put measures in place in our constituencies and those who will divide us will be shown the door,” he said.

Matungulu MP Stephen Mule and his counterpart from Mavoko Patrick Makau maintained that all elected leaders from the party who have caused subdivision in the party should be put on the spot.

Kibwana’s impeachment case which has been referred to Chief Justice Willy Mutunga, is expected to be heard by a three judge Bench.

The Makueni governor was impeached by MCAs over corruption allegations though he blamed his impeachment on dirty games by some leaders who want to misuse public funds. 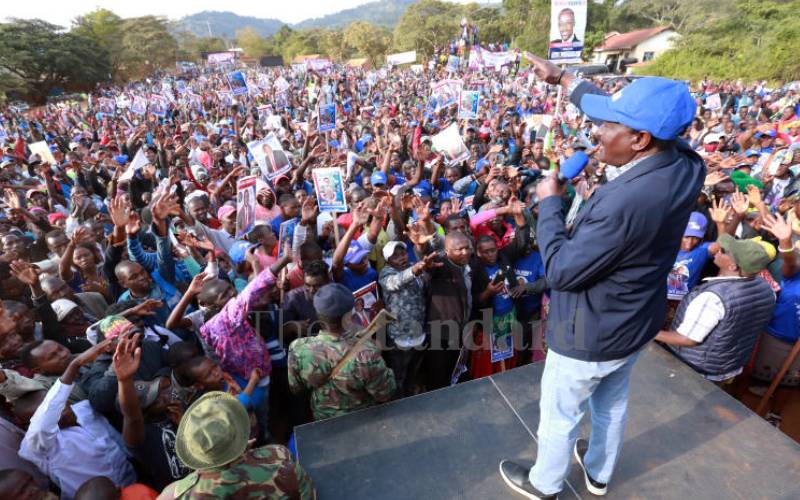 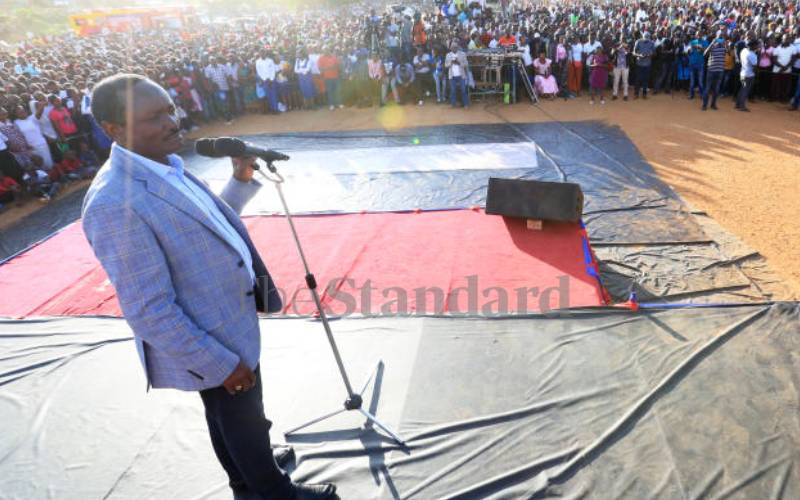 Azimio affiliates clash over push to have CCU back Wiper candidate
Leaders of the two political groups yesterday addressed separate Press briefing, attacking one another.
Politics
By Victor Nzuma
17 days ago 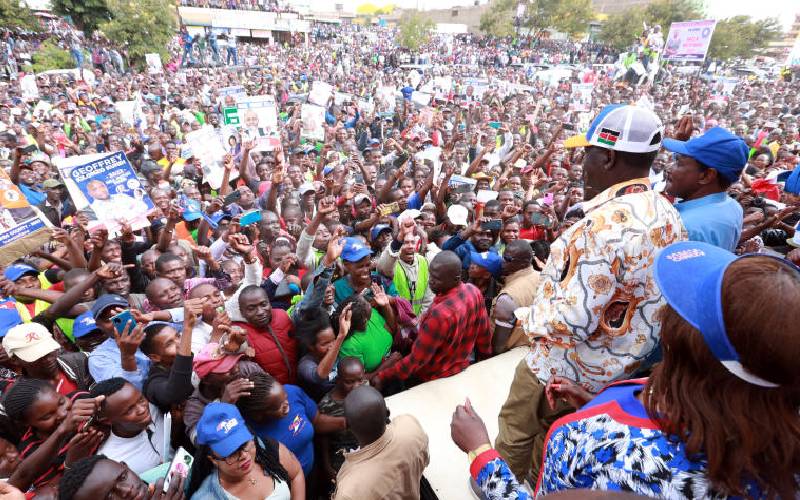 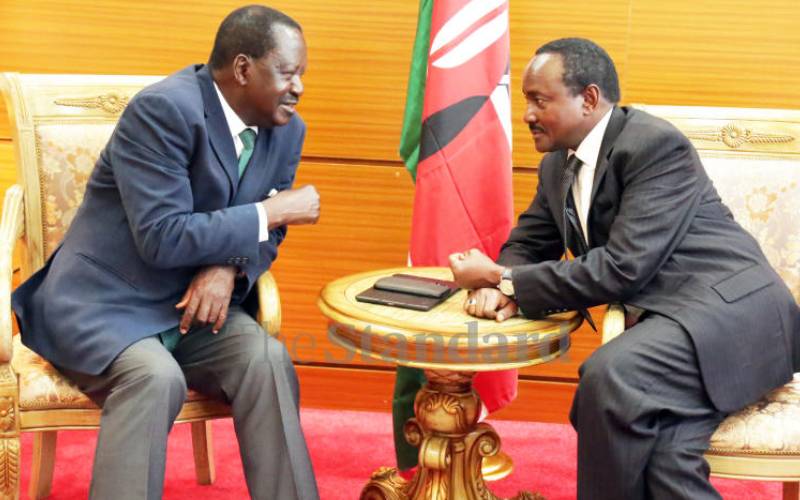 Raila, Kalonzo in foreign trip, aides won't say where and for how long
Raila had spoken of the trip during the burial of Stella Memusi, wife of Kajiado Central MP Kanchory Memusi, on Tuesday.
Politics
By Brian Otieno
23 days ago
.

By Phares Mutembei 3 38 minutes ago
Premium Uhuru Kenyatta says William Ruto failed in his duties as DP, allies fight back

By Brian Otieno 3 38 minutes ago
Premium Don't cry, Bahati, that's just politics and you are not the lucky candidate 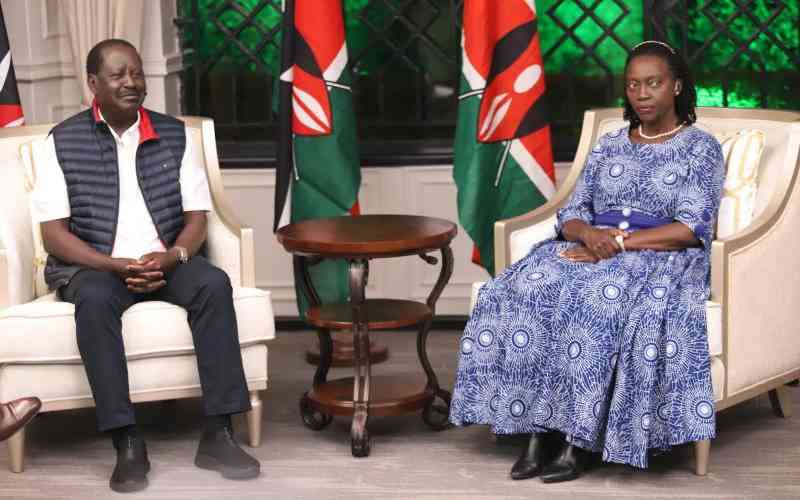