By Amina J Mohammed | 2mos ago

I recently walked the parched earth of north-east Kenya and heard heartbreaking accounts of families slipping back into poverty.

Across Africa, water shortages are expected to displace up to 700 million people this decade. The Horn of Africa is experiencing its worst drought in 40 years, with more than 50 million people suffering from hunger, unsure where their next meal is coming from.

While some parts of the continent are gripped by drought, places such as South Sudan and my homeland, Nigeria, are experiencing devastating flash floods that sweep away homes, businesses and livelihoods. And up to 116 million Africans will face severe risks from rising sea levels this decade.

As we approach the United Nations climate change conference, COP27, in Egypt, we are living on borrowed time. Global emissions are at record levels and rising, while worsening climate chaos is wreaking havoc across our continent.

The pre-COP27 event I attended in October in the Democratic Republic of the Congo (DRC) put a spotlight on Africa’s specific climate vulnerabilities. But delegates also focused on the vast opportunities that ambitious joint climate action could create to drive progress across the sustainable development goals (SDGs). And so they should.

The Democratic Republic of the Congo is a country brimming with immense potential and innovative climate solutions. It is home to most of the world’s second-largest rainforest, and has major deposits of cobalt, copper and aluminium – the minerals required for the key transformations we need for renewable energy and digital economies. The Congo basin has the ability to absorb around 1.2 billion tonnes of carbon dioxide a year – 4 per cent of global emissions.

However, African nations cannot fight the climate crisis, protect their rich rainforests and safeguard their biodiversity alone. The international community must stand in solidarity with Africa and help to provide the significant resources needed. Africa requires $2.8 trillion by 2030 to play its part in limiting global heating to 1.5C and to address the impacts of climate change. Yet the whole continent received only $30 billion of global climate finance in 2020.

Ministers at the pre-COP meeting in DRC made it clear that African countries need finance urgently to build resilience and adapt to the devastating impacts of a crisis they did nothing to cause. They called on developed countries to deliver on their promises, starting with the pledge made at last year’s COP26 climate conference in Glasgow to double adaptation finance to at least $40 billion annually.

The failure of developed countries to honour their commitments is not just an injustice and a failure of global solidarity. It contributes to the serious tensions and divisions that are preventing global action on a host of other issues, from peace and security to human rights. As the late Archbishop Desmond Tutu said: “Exclusion is never the way forward on our shared paths to freedom and justice.”

African countries need support from both public and private sources of finance, especially from the multilateral development banks. Vulnerable countries cannot make the shift to renewables and provide access to energy for all unless these banks overhaul their operating models. Governments are their shareholders and must use their influence to get the banks to step up.

Many developing countries, including 15 in Africa, are heading into our current cost of living crisis while facing debt distress or default. They need fiscal space to invest in climate action and the SDGs. While some countries need comprehensive assistance to restructure their debt, the international community should also look at innovative solutions, including debt-for-climate adaptation and debt-for-nature swaps.

The renewables revolution on the African continent will fail unless it expands access to energy. Some 600 million Africans still lack access to electricity. Achieving universal access will require massive investment in renewables, creating millions of jobs and driving economic development and prosperity. But it cannot add to the debt burden of African countries. African countries need a new generation of partnerships with donors, multilateral development banks and private financiers. The Just Energy Transition Partnerships – with a focus on phasing out coal and speeding up the deployment of renewables – are one innovative model.

Climate action and the renewables revolution are not luxuries or add-on extras on the African continent. They are indivisible from building peace, security, stability and prosperity.

The DRC itself has endured nearly three decades of conflict and fragility, and up to 5,000 children become soldiers each year. In DRC and elsewhere, climate change is exacerbating conflict by causing flooding, deforestation and drought, deepening poverty and competition for resources.

I was encouraged by the frank dialogue between governments in Kinshasa. This is crucial to building trust – a prerequisite for joint climate action. But much more is needed to turn these murmurs of solidarity into gusting winds of change.

The people of Africa need action. At COP27 and beyond, they need concrete plans to deliver finance at scale, ensure a just transition to renewables, build climate resilience and address the loss and damage caused by this crisis. 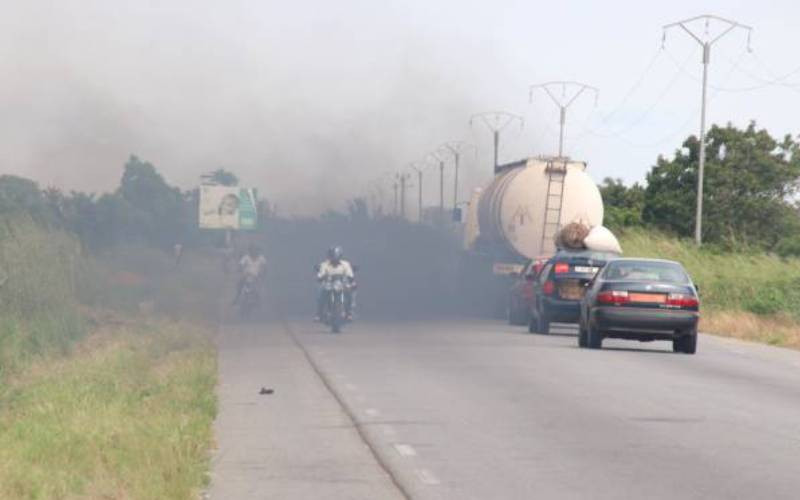 Walk towards zero gas emissions, save world on climate change
Letters
By Emmanuel Mwendwa
1 month ago
.

2NK driver whose wife has given birth to 5 babies: 'I'm now a father of six at 28'
Rift Valley
By Kennedy Gachuhi
28 mins ago
Premium Karen Nyamu: Samidoh is a very responsible father
SCANDALS
By Benjamin Imende
41 mins ago
Easy recipe: Mozambican Peri Peri chicken
Food
By Lolita Bunde
1 hr ago
Be careful when hiring family, friends to your business
Career Tips
By Peter Theuri
1 hr ago
.