Lack of conscience will be our country’s doom 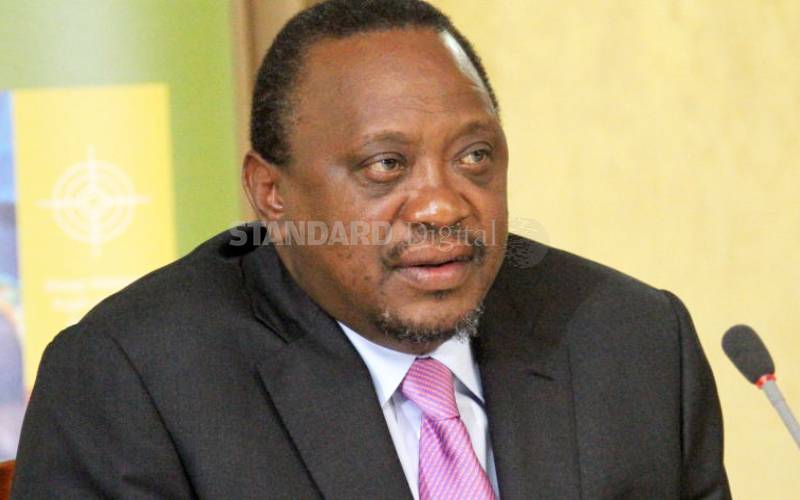 At an event graced by President Uhuru Kenyatta (pictured) two weeks ago, the Kenya Conference of Catholic Bishops released a pastoral letter at Subukia Shrine in Nakuru County.

The letter, titled “Conscience Formation: Our Path to Renewal and Reconciliation”, did not grab headlines in mainstream media as it would normally do. Yet reading it, one finds deep thoughts aimed at the spiritual reawakening of the Catholic faithful and moral guidance for Kenyans, regardless of their religious inclinations.

The pastoral letter discusses the current affairs candidly and also offers guidance on how to bring our country back to sanity. That most Kenyans have little trust in our systems of governance is not in doubt.

We feel helpless when seeking government services that we are entitled to because very few are provided without manipulation by either the demand or supply side.

The bishops introduced a thought that we might want to ponder; “All of us Kenyans have to work as individuals and as communities, to build trust in our systems of governance. The county and national governments have an obligation to commit whole-heartedly to creating and respecting systems of governance that guarantee high-level service delivery.”

Additionally, the bishops say that “the primary purpose of a government is to protect its people from all forms of aggression. The high levels of poverty, mistrust, nepotism, violence, murder, human trafficking, tribal clashes, cronyism and outright misappropriation of public funds show the rot in our governance, and that we have lost our conscience as a society. Our greatest challenge in fact is the extent of systemic and individual corruption, which has almost become a culture.”

The way to trust our systems of governance is by questioning those in charge, speaking out when they do not function well by ensuring we elect people who will not suffocate us by ignoring the rule of law. Everyone is entitled to life. When young people lose their lives or lose hope in life because our systems of governance are dysfunctional, we cannot claim to have serious leaders.

Wading into the Building Bridges Initiative (BBI), the bishops raise an important point regarding the attitude with which one should approach the proposed referendum. They say that “any referendum must unite Kenyans for a common good. We cannot stress enough to the people of Kenya and the government, that divisive referendums like the ones we witnessed in 2005 and 2010 must be avoided”.

The wounds resulting from political contestations have not yet healed. We must address recurring grievances as recognised in the Truth Justice and Reconciliation report, and reconcile our nation. Thus, there is need for a well-structured dialogue process that brings all stakeholders together to assess all proposals and options before leading the country into a consensus on whether a referendum can be held or not.”

The political groupings running over each other for public attention will do us a favour by picking particular issues for contestation. Unfortunately, the energies are spent spewing venom when such energies could be constructively used. It is particularly sad to see young energetic leaders engaged in dirty talks in public spaces instead of inspiring young generations.

Moving on to the heart of the letter, the bishops pronounce themselves on what is ailing Kenya: Lack of conscience. It is noted that “the emphasis in Kenya over the last 25 years, and especially after the Kenya Constitution 2010, has been on the rights of the people. Unfortunately, this has sometimes warped the conscience of the nation, away from what is right in conscience, to merely the right to act.

While this inherent human freedom must be defended, it ought to be understood within the context of what is true and what is right. These demands for rights have sometimes clouded the corresponding personal and communal responsibilities.

The exploitation of children, human trafficking, the violation of women and men, the violent settlement of disputes even among couples and the bickering among leaders all show that deceptive entitlement has displaced responsibility in making moral and spiritual decisions, and silenced the conscience.”

What we learn from the bishops’ pastoral letter over and above everything therein is that a country without conscience is doomed to fail.

Looking back to some disturbing incidents highlighted in the recent past, including killing, it is time we reflected our own actions in order to start making morally sound decisions. Let us move towards constructing a favorable society that we are all entitled to.

Dr Mokua is a lecturer, media and communication studies

Previous article
Cry baby leaders should give Kenyans a break