Is Kenya a project or nation-state?

Our country is so stricken by politics of ethnic identity and partisanship, moral rot and hatred that critical questions need to be asked. Do we have a nation or are we clinging on a fluid thing called ‘Kenya’? Will ‘Kenya’ die or live? And either way, how?

In a recent commentary, David Ndii cogently dismissed ‘Project Kenya’ as a failed endeavour. Pundits point out the indicators of a break-up; cycle of violence, ethnicity and the inability of the state to ensure a more equitable society.

First, does Kenya even exist as a nation-state? It is a polemic question. Loosely, ‘Nation’ is a group of people sharing the same language, customs, ancestry and sometime territory.

According to the Merriam Webster dictionary, a nation-state is a form of political organisation under which a relatively homogeneous people inhabit an independent state; especially a state containing one as opposed to several nationalities.

Now, in Kenya there are the Kikuyu, Luo, Kalenjin, Kamba etc, nations. From this, there is no country called Kenya. Rather, the thing is a mixture of different ‘nations’ or countries. Kenya is a political mirage.

If we speak different languages, are of different pedigrees, mistrust the national government, plagued with rising moral rot and collapse of rule of law, how then can we claim to be one country? Throw in a divisive political class and you see the idea of ‘nation-state’ is spurious here.

For some reasons, the ethnic nations, willy-nilly forced together by the British circa 1895, have been unable to lose individual nationhood in favour of a nation-state.

Some questions arise. Are the nation states in the west stable because they are nation-states or because other forces pulling the whole together? Stability is relative. Britain is torn by the Scottish and Irish clamour for independence. Belgium doesn’t exist; only the two Dutch and French tribes (Flanders and Wallonia) do.

Tanzania with over 60 tribes is relatively stable. We learn from these cases that homogeneity in culture, language and common ancestry are no guarantee to stability.

What is important is the realization that it is very expensive to break-up. There is no guarantee that once we abandon ‘project Kenya’, the tribal nations will not further disintegrate. Even where there seem to be no crevices, the ‘patch nations’ could implode overnight.

If the Luhya, Kalenjin, Kamba, or Miji Kenda sub-tribes do not stick together in peace time, what guarantee is there they will outside ‘project Kenya’? Even Kiambu does not always agree with Nyeri! Conclude for yourself what could happen.

The problem is not breaking up. Nations continuously disintegrate, implode and reconfigure themselves. America, Britain, France had to undergo social-political upheavals before they stabilized. Closer home is Rwanda.

The epic events known as the French revolution, the origin of civil liberties, American civil war, Spanish Chaos paved the way for a more just and stable societies. We don’t have to experience that.

The outcome is not necessarily bad. Malaysia and Singapore were once one country. Everything else being constant, where would you rather raise your children; Singapore or Kenya?

Importantly, if the forces keeping us together fail completely, how do we ensure it will not be another Rwanda or Somalia? This is not entirely a Kenyan puzzle. Nations are increasingly finding it hard to keep apiece. Scholars talk of the nation-state as an increasingly obsolete idea.

People simply cannot be completely homogeneous under one authority. In ‘In the end of the nation-state’, Kenichi Ohmae describes the nation state as dinosaurs waiting to die.

He argues that the death knell for the nation-state is globalisation which is connecting regions with little regard to governments. Countries are trying to implement strategies such as fiscal devolution to pacify different regions.

Even if ethnicity does not break Kenya up, far great forces- as Prof Ohmae argues- of international capital, multinationals, the sophisticated consumerism will eventually do. We should strive to harness these forces to benefit us even as we keep our differences.

Luckily, if it is played well, our constitution provides the formula for doing exactly so. Counties will become new engines of wealth generation, and eventually, as Ohmae argues become ‘regions states’.

There are already good examples: Silicon Valley, Hong Kong, and others. These examples show what happens when central governments ‘cling to jingoistic celebrations of nationhood...and symbols instead of welfare of their citizens’.

In future, our own Machakos will likely be more wired to Asia than Nairobi. May be Kenya will not die. Perhaps future generations will subscribe to a nation-state called Kenya.

After all, it took centuries and wars for European nation-states to forge the stability we see today. There is no instant coffee solution in undoing the problems of failed states.

Use of brute force on protesters inexcusable

The level and intensity of brutality meted out on unarmed demonstrators was abhorrent in a democracy that celebrates freedom of expression and assembly where citizens are free to express their grievances without fearing that a police baton will crack their skulls. 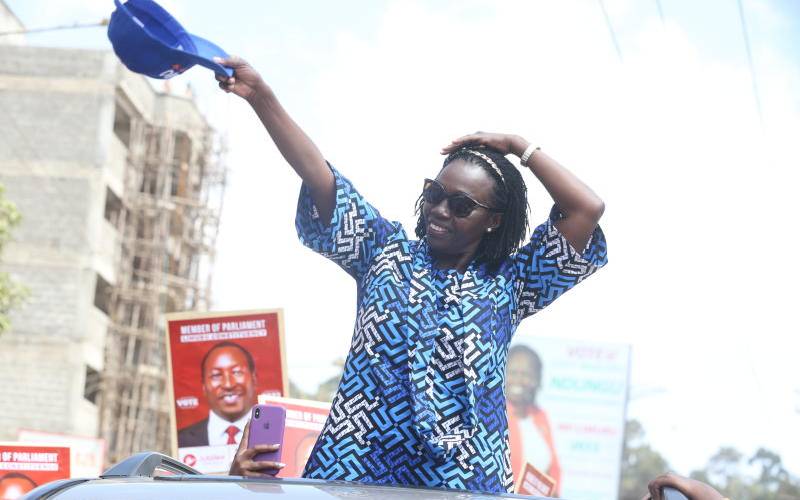 By Mike Nyagwoka | 15 hours ago 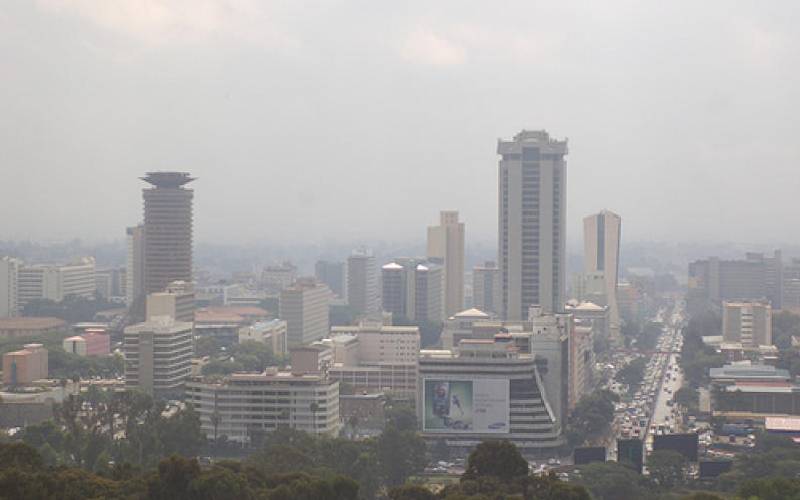