He’s rotund, loud, and rambunctious. No one is a better scavenger for opportunities. He easily could’ve been a stand-up comedian had he been gifted with better language skills. His mouth seems faster than his brain.

But there’s evidence of a certain method to his weird ways. He’s very adept at selling himself to leaders – including African Heads of State – who are in trouble. I speaketh of one David Matsanga, a native of Uganda currently resident in Nairobi.

In size and deportment, Dr Matsanga, as he prefers to be addressed, is an eerie facsimile of the late Idi Amin, the Ugandan dictator. But who is “Dr” Matsanga, and why is the Kenyan media in love with him? Let’s unmask him.

A number of political charlatans like to confer fake doctorates on themselves.  I don’t know whether “Dr” Matsanga is one of them.

Ruto explains why he is not seen with Uhuru regularly

But until he establishes that he actually possesses an earned doctorate from a recognised and accredited university, I’ll refer to him as “Mr Matsanga”.

I can see why given his uncanny political exploits, he’d want us to think he has a terminal degree. That’s the stock-in-trade if you want folks to think of you as an “expert”.

I suggest that Mr Matsanga clears the air by proving his academic pedigree. I suspect that his “clients” are likely to develop “buyer’s remorse” if they discover his modest academic credentials. He should put up or shut up.

But there are some things we know for sure about the erstwhile Ugandan. First, he’s a fugitive from Uganda. He fled the country when President Yoweri Museveni shot his way to power in 1986.

He soon became a consort of a rebel leader fighting to overthrow Mr Museveni’s NRM government. Mr Matsanga swiftly fled to exile in the UK after the rebel leader was arrested. For a while in London, he caucused with exiles of the Uganda People’s Congress, the party of deposed former President Milton Obote.

It’s from here that Mr Matsanga’s quixotic and herky jerky career took a turn for the unimaginable.  The man from Bududa, once part of Mbale District, joined the murderous Lord’s Resistance Army (LRA).

Mr Matsanga’s LRA designation was official “Spokesman.”  How an educated man could even be remotely associated with a group committing the most heinous crimes known to man – crimes against humanity and war crimes – is beyond the pale.

The LRA routinely chopped off the hands, lips, and breasts of its victims when it wasn’t raping women and girls and mutilating them.

Apparently these acts were too grotesque even for Mr Matsanga to bear. In 2000, he quit the cultist group and publicly apologised to Ugandans for his role. Which begs the question – should Mr Matsanga be investigated and charged with crimes against humanity for being part of the LRA?  Methinks DPP Keriako Tobiko should see whether Kenya can prosecute Mr Matsanga.

But apparently, Mr Matsanga didn’t completely cut his ties with the LRA. In 2008, LRA leader and ICC fugitive Joseph Kony hired Mr Matsanga as the group’s chief mediator with Uganda.

This was a fool’s errand because a bloodthirsty murderer like Mr Kony would never give himself up.  Nor should Uganda have sought to negotiate a deal to let him go scot-free.

Predictably, Mr Kony failed to show up at a much-publicised deal-signing ceremony with Ugandan officials. LRA dropped Mr Matsanga as their go-between after that fiasco.

This “dark” chapter of Mr Matsanga’s life is one he’d rather not remember, or publicise. It should shock the conscience of every Kenyan that a man with such a grisly history roams free.

Mr Matsanga knows how to parlay his resume. Before becoming the LRA’s chief negotiator, Mr Matsanga had been a “public relations consultant” to Zimbabwean dictator Robert Mugabe.

This was a time when the bellicose Mugabe was cracking the skulls of opposition politicians, journalists, and human rights champions. Mr Mugabe brought in the cartoonish Matsanga to “clean up” his image in the West.

It boggles the mind why Mr Mugabe thought that the “consultant” known more for his buffoonery and association with unsavory characters would persuade a global audience.

Like most of his other liaisons with those who walk on the dark side, Mr Matsanga fell out with Mr Mugabe. He alleged to have been tortured in Harare.

But his defense doesn’t extend to the third ICC indictee journalist Joshua Sang.  He claims he’s defending the Kenyan duo “pro bono” because he can’t stand to see Africans tried in a “colonial white man’s court.” He prances from one Kenyan television studio to the next – bloviating at every turn.

The media should give him a blackout. Nor is he doing Mr Kenyatta and Mr Ruto any good.

Eve Woman: Nine signs it's time to let go of a relationship

When you are searching for signs it's time to let go of a relationship, it can be hard to face the harsh reality that your relationship is over and that you want out of it. 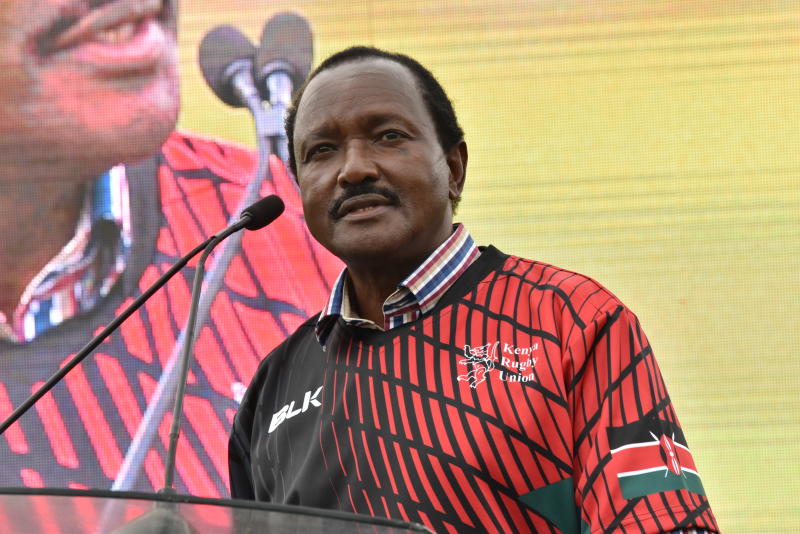 By Kalonzo Musyoka | 3 hours ago