More than twenty people have been injured after a bus they were traveling in rolled at Koru area in Muhoroni, Kisumu County.

The Climax bus was heading to Kisumu from Nairobi when it overturned and rolled.

Nyanza Traffic Commander Mwangi Ng’ang’a, confirming the road accident to The Standard, said there were no casualties, although six people suffered major injuries.

“The area is not a black spot. The bus driver was avoiding a collision with a motorcycle rider who had suddenly changed lanes and lost control,” Ng’ang’a said.

The injured have been rushed to Muhoroni Sub-county hospital for treatment, while six others have been referred to the Jaramogi Oginga Referral hospital.

An eye witness recounted the accident saying he had come from work and was a few meters from the Highway, when he saw the bus driver try to avoid hitting a bodaboda rider, when he lost control and swerved off the road, rolling into a nearby bush.

Kevin Opiyo, another witness said he saw the bus overturn.

“Several people were injured and rushed to hospital,” Opiyo said.

The Standard has established that the bus had 56 passengers on board at the time of the accident. 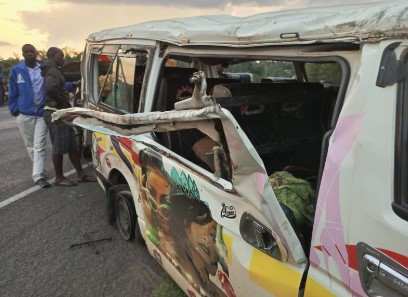