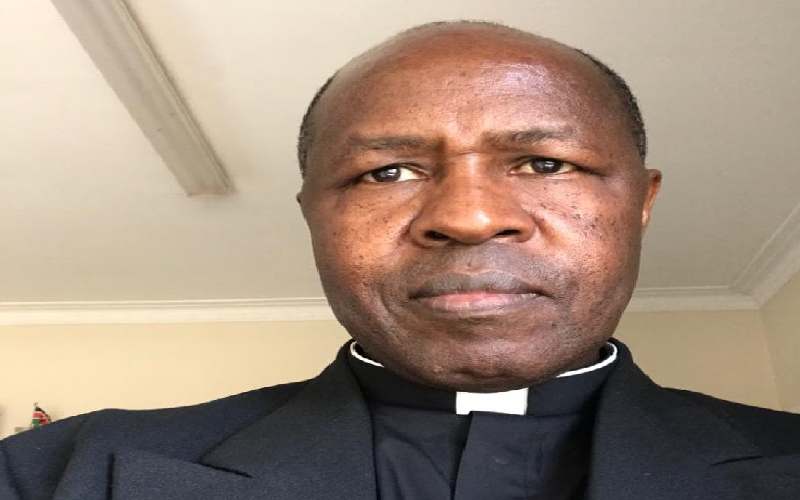 According to a statement seen by Standard Digital, Bishop-Elect Michael Odiwa’s appointment was officially made public November 29, 2020, in Rome.

The letter of his appointment was sent to the Kenya Conference of Catholic Bishops (KCCB) by the Apostolic Nuncio to Kenya, His Excellency Archbishop Hubertus van Megen.

Bishop-Elect Odiwa (pictured) will replace Most Rev Philip Anyolo who was transferred by the Pontiff to the Archdiocese of Kisumu on November 15, 2018.

Anyolo has been serving as the Apostolic Administrator of the Diocese of Homa Bay since then.

Bishop-Elect Odiwa is currently working in the Archdiocese of Adelaide in Australia as an assistant Parish Priest and in-charge of Italian speaking community of the Annunciation Church Hectorville Parish.

He is also working defender of Bond Tribunal of the province of Adelaide, South Australia and Northern Territories.

Odiwa served as a Vicar General of Homa Bay Diocese and the Parish Priest of the Homa Bay Cathedral.

He studied Doctorate in Canon Law from Urbaniana University, Rome between 2000 and 2005.

Previous article
You have too many enemies to win 2022 polls, senator tells DP Ruto
Next article
Former Zappos CEO Tony Hsieh dies at 46