Shock as man assaults intern in court over infidelity claims 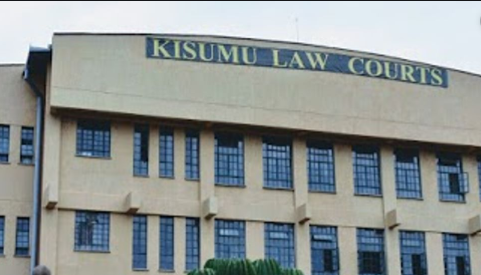 There was drama at the Kisumu law courts after a man rained blows on his girlfriend within the court corridors over claims of infidelity.

Oscar Jonyo, a part-time lecturer at one of the universities in Kisumu has been detained at the court cells after the shocking incident which also interrupted a court session briefly.

Trouble started when the man walked into the court premises and called the girlfriend who is an intern at the Human Resource department.

Their short meeting turned into chaos as the man viciously pulled the intern and rained blows on her.

Senior Principal Magistrate Winfred Onkunya who was handling cases at her court had her session briefly interrupted as the man engaged the intern in verbal and physical exchanges.

A staff at the Human Resource department who sought anonymity told The Standard that the intern had left the office shortly after receiving a call.

“We were shocked when we heard a commotion within the corridors with the intern rushing back to the office while in tears,” said the judicial staff.

During the fracas, the man also grabbed the phone of the alleged girlfriend even as the girl pleaded with him to let her retrieve her sim card.

Court orderlies arrested the man and detained him at the holding cells within the court corridors.

Attempts to get a comment from him was however futile as his lawyer claimed “they were not ready to speak to the press”.

A number of them told The Standard that the incident mirrors the many cases of domestic violence that has continued to take place across the country.

“He is not even married to her and yet he is assaulting her. We should not condone any sort of violence against anyone,” said Kevin Ouko, who had been following up a traffic case before the incident took place.

By 2 pm, the suspect was still being held up at the cells. It was however unclear whether any charges would be preferred against him.