Fighting terrorism: Leaders push for locals to be armed 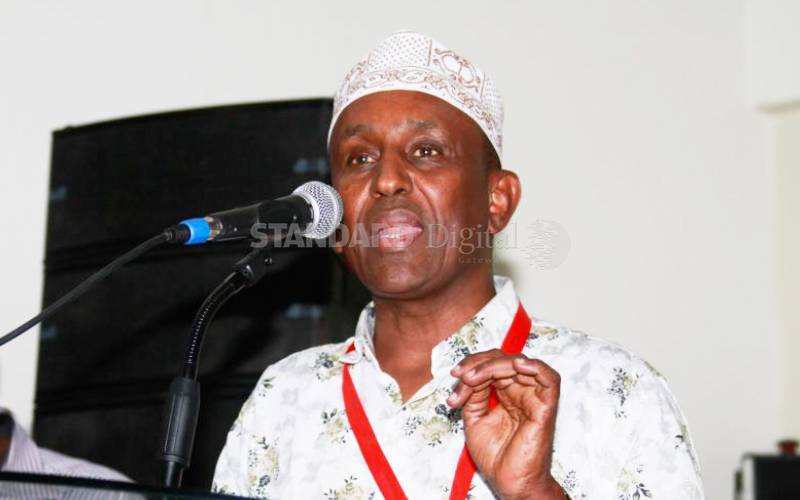 Political leaders in Garissa yesterday asked the Government to arm communities so that they can defend themselves against Al Shabaab attacks.

Led by Governor Ali Korane (pictured) and Senator Yussuf Haji, the leaders said during a meeting attended by current and former leaders that they would work towards ending Al Shabaab attacks that have paralysed operations in the region.

“What has been happening can no longer be tolerated. We have talked to all stakeholders and we are ready to engage these criminals. We want the Government to arm communities to fight Al Shabaab,” said Haji.

The senator said local leaders would come up with resolutions to ensure militants are rooted out from the region.

The leaders’ stance come in the wake attack on Kamuthey Primary and Saretho where three teachers and four pupils were killed by heavily armed suspected Al Shabaab militia.

The terrorist group has intensified assaults in the area in the recent past, prompting Teachers Service Commission (TSC) to recall teachers from the area. Other services such as health have also been grounded.

Garissa Governor Ali Korane said they would collaborate with the national government to know the number of youth from the area who have joined armed groups and work towards returning them.

“We will also be working with national government to ensure our youth are not radicalised,” he said.

Leader of Majority in the National Assembly Aden Duale said locals must defend themselves from the criminals, adding that development projects cannot go on in the face of insecurity.

“Views of locals should be incorporated in the fight against terror; the people should not be victimised or isolated,” he said.

Dadaab Member of Parliament Mohamed Dahiye said extra-judicial killings, torture and disappearance of the youth are counterproductive in the fight against terror.