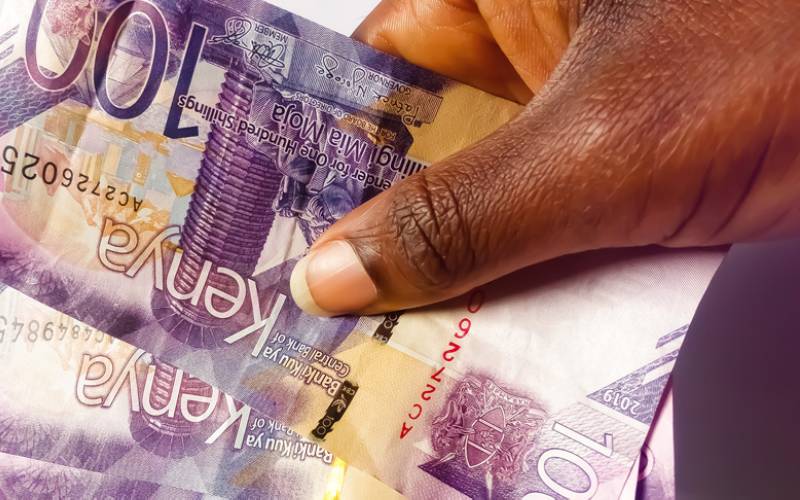 Kenya’s huge debt burden has left the National Treasury balancing on a tight rope, with the cash crunch trickling down to service delivery and development projects.

A report by two civil society organisations has linked the debt, which stands at Sh7.7 trillion, to the late disbursement of budgeted funds for development and operations.

The Institute of Economic Affairs and the National Democratic Institute say in the report that while the government is obligated to pay its lenders, Treasury is left balancing each shilling collected with debt and recurrent expenditure being prioritised against development.

The report titled, Analysis of National Government Budget Implementation Report August 2021, notes that growth of the country’s gross domestic product (GDP) does not reflect on the revenue collected.

For example, the debt service to revenue and grants ratio for 2021 stood at 68 per cent instead of 30 per cent. This means for every Sh100 collected as revenue by the government, Sh68 goes to repaying debt.

It then becomes a daunting task for Treasury to divide the remaining Sh32 among ministries, departments, parastatals and legacy standalone projects like Universal Health Coverage.

The situation has been worsened by the government’s heavy borrowing from external commercial lenders.

“Given the exchange rate which has worsened, we have to purchase more dollars to repay,” said IEA Assistant Programme Officer Noah Wamalwa who presented the report.

He said this has left the government with almost no room for flexibility as debt is one of the mandatory payments.

This debt crisis is affecting how ministries run, with the report listing health as one of the most affected sectors.

The sector received just 23 per cent of allocated funds from the exchequer by March 31, 2021 yet this figure should be at least 75 per cent as the financial year nears the end.

The same was also for recurrent expenditure where disbursement to social protection, culture and recreation stood at 54 per cent.

Mr Wamalwa said it is because of such challenges originating from the debt crisis, the government finds itself with huge number of pending bills.

“At the end of the financial year, there is no enough time to procure, plan and execute a project,” he said.

“And money disbursed cannot be carried forward to the next financial year. It has to be returned to the exchequer for appropriation.”

Wamalwa noted that while a big chunk of the borrowing is for infrastructure projects such as the Standard Gauge Railway, the projects are yet to break even and some may take even longer.

A spot check by The Standard yesterday, however, revealed that the four projects are yet to kick-off.

Pedestrians and cyclists were factored in during the planning and construction of the Nairobi Expressway project, Engineer Stanley Mwawasi has now sai