Five heavily polluted rivers that flow through urban areas will be cleaned up in a Sh1 billion five-year plan by the National Environmental Management Authority (Nema).

Nairobi, Molo, Sabaki, Sosiani and Kiseti rivers in Nairobi, Nakuru and Kisumu counties will be regenerated in the project involving county governments and other stakeholders.

Beside identifying sources of pollution, Nema will also enforce regulations and remove waste from areas near the rivers.

Among the rivers identified for restoration include Molo in Nakuru County, Nairobi River as well as Sabaki, Sosiani and Kiseti in Kisumu.

According to Nema, the rivers are heavily polluted mainly due to lack of sewerage facilities in informal settlements.

The authority's deputy director in charge of enforcement, Salome Machau, said that the regeneration programme would require Sh200 million every year.

She said that Nema is working closely with counties to zone dumpsites, industrial areas, parkings and other amenities as part of the programme.

“Currently rivers passing through urban towns are clogged up by waste. We are confident that if funded we shall achieve our objective of regenerating the five rivers,” said Ms Machau.

She said industrial pollution and release of human waste into the rivers remained a major challenge.

“We shall demolish structures on riparian land, charge those releasing waste into the rivers and educate the public on the need to conserve the water bodies,” she said.

Speaking in Naivasha during a workshop, Machau also announced that lakes Naivasha, Victoria, Elementaita, Nakuru and Indian Ocean would also be rehabilitated in a different programme.

The authority's deputy director in charge of aquatic and wetlands, Stephen Katua denied that the disappearance of some fish species in Lake Victoria was due to pollution.

Instead, Mr Katua blamed over-fishing which he said had led to the disappearance of twelve fish species.

“There have been reports that the decline in fish stock in Lake Victoria is due to pollution. This is far from the truth,” he said.

“The biggest challenge facing the lake is over-fishing, lack of restocking and water hyacinth,” he said.

Katua said Nema is working with researchers to seek ways of dealing with the invasive weed.

Premium Urban sprawl threatens cool Limuru highlands
The Limuru Highland Zone is home to over 1,600kms of wetlands including riparian areas and swamps which have been encroached by developers.
Real Estate
By George Njunge
3 days ago 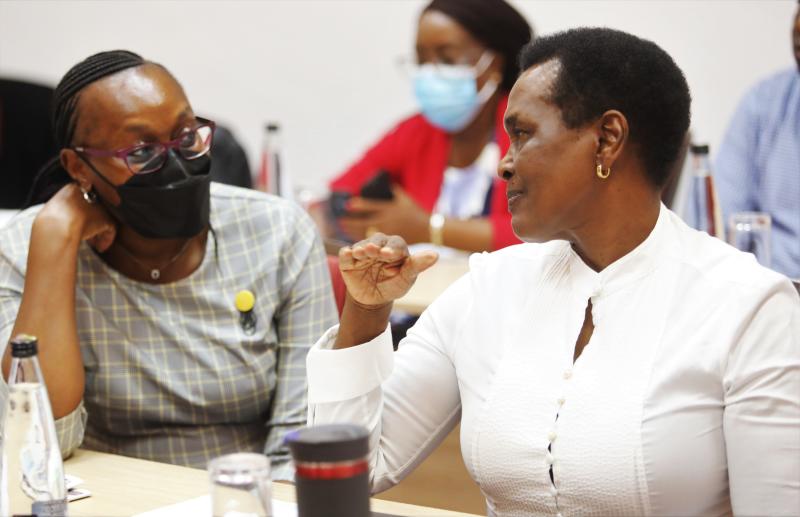 State agencies push for 'Ministry of Blue Economy'
Kenya has identified several key sectors under the Blue Economy that, once utilised, could turn around the fortunes of the coastal residents.
Coast
By Philip Mwakio
24 days ago 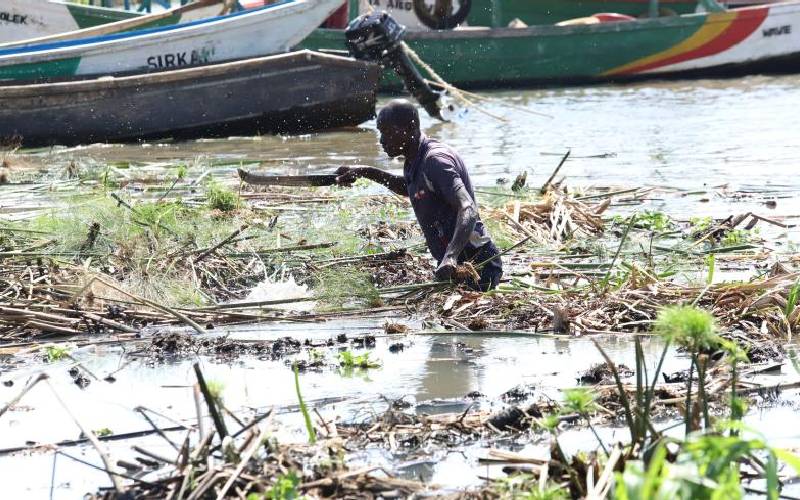 We endanger our lives when we turn wetlands into wastelands
According to the Global Wetland Outlook report 2021, the world has lost 35 per cent of wetlands since 1970.
Opinion
By Julie Mulonga
25 days ago
.