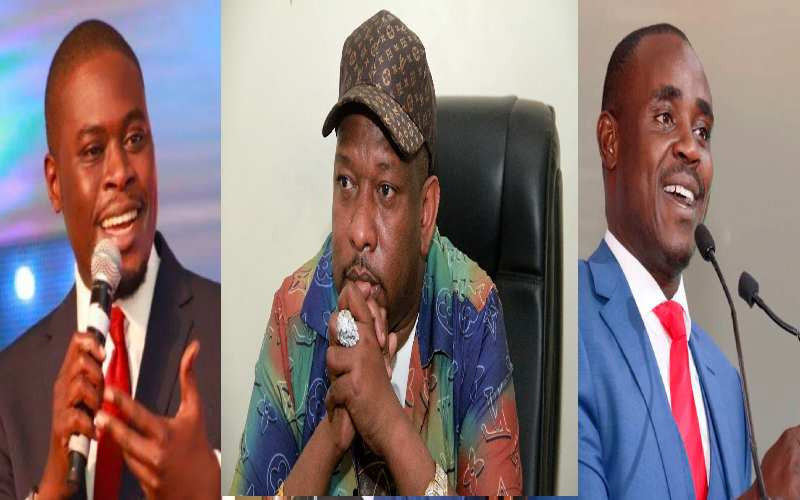 The Independent Electoral and Boundaries Commission has gazetted the names of candidates cleared to contest in the 2022 General Election.

Among them are Johnson Sakaja, Cleophas Malala whose candidatures are being contested in courts of law over academic qualifications, as well as Kapseret MP Oscar Sudi.

However, the electoral body has not listed the names of Wiper-fronted candidates for the Mombasa Governor race and the United Democratic Alliance (UDA) aspirant for Kiambu senatorial seat.

IEBC failed to clear the former Nairobi Governor, Mike Sonko, to run for Mombasa county’s top job on a Wiper ticket and instead asked the party to front another candidate.

In Kiambu County, UDA party had nominated former journalist Karungo Wa Thang’wa to run for senate against seven others from different parties.

The High Court threw out an appeal by Wa Thang’wa in a case seeking to block his clearance by IEBC over impeachment.

Kelvin Njui Wangari had petitioned the court to stop the clearance of Wa Thang’wa on grounds that he had been impeached by Kiambu County Assembly while he served as the County Executive Committee member in the devolved unit.

On Monday last week, High Court granted Sonko and Thang’wa a reprieve after lifting orders barring the electoral commission from clearing them.

The order allowed Sonko and Thang’wa, to face IEBC and present their papers for clearance.

In a ruling read by Justice Majanja, the three judges stated that the effect of the orders issued against Sonko and Thang’wa was to bar them from contesting without giving them a chance to argue their case.

“Since the orders were issued ex parte, this court has jurisdiction to review or set the orders aside. The effect of the ex parte orders is determined with finality the eligibility of the respondents as candidates of the respective positions,” said Justice Majanja.

He added: “We think every party has to be given an opportunity to be heard before adverse orders herein are issued.”

IEBC is yet to give a way forward on the two matters.

By Paul Ogemba 13 mins ago
Paul Gicheru, lawyer who went to Hague court to clear his conscience

By Dennis Kabaara 13 mins ago
Could Ruto lead charge in Africa to rescue much delayed SDGs?