When missionaries in Kenya turned to women to beat homesickness

By Peter Muiruri | 1mo ago

Controlling the mind and spirit of the Africans was a key goal of the first missionaries to East Africa. In fact, this group had arrived on the shores of the Indian Ocean way before the administrators of the Imperial British East Africa (IBEA) Company arrived.

Two of them, Dr Ludwig Krapf and Johann Rebmann, had settled here in the 1840s and are said to be the first white men to see the two snowy mountains near the equator in Kenya and Kilimanjaro. But these were no tourists but men from such menial vocations as tailoring, sailing, mechanics and clerks. Theirs was a life of deprivation.

This group of missionaries faced their first test of faith right in Mombasa when trying to blaze the trail for what came to be termed the "Highway of the Lord". Sometime in 1875, the men of God put themselves in the crosshairs of enslavers along the Coast by building Freretown, a settlement for freed slaves, thus derailing the money train in God's name.

Worse than facing the wrath of slave owners was the cultural and personal isolation that greeted them as they tried to convert Africans. They tried all earthly means to fill fight homesickness. One of the missionaries, Harry Binn, rang the church bell hourly to keep away negative feelings.

Still others, who were all too human, resorted to ungodly methods of seeking solace out of local women and risking further isolation from their business protagonists in IBEA. There was no letup on the mutual rivalry between the two groups. "The missionaries refused to mix with the newcomers," writes Christine Nicholls.

The IBEA men had a rejoinder: "These infernal missionaries do more to bring religion into ridicule than all the atheists and sinners."

Apart from "sibling" rivalry, other natural elements conspired to create hell on earth for the missionaries. Malaria and dysentery took enough men to threaten the very existence of the key mission. A third died here while another third had to be shipped back home to face an uncertain future.

One sick man, John Henry Martin, wrote to his family: "In Africa, you can do nothing in a hurry, except to die. In sickness, you travel at railway speed to the last goal. It is a strange land where extremes meet in confusing proximity. Elephants and jiggers, hippos and fleas, rhinos and tick birds, giraffes and ants... the big things are talked about the most, but it is the little things that creep into the crevices of your life and make you miserable." And miserable they were.

Kitale School Missionary Work Echoes from the Past
Share this article 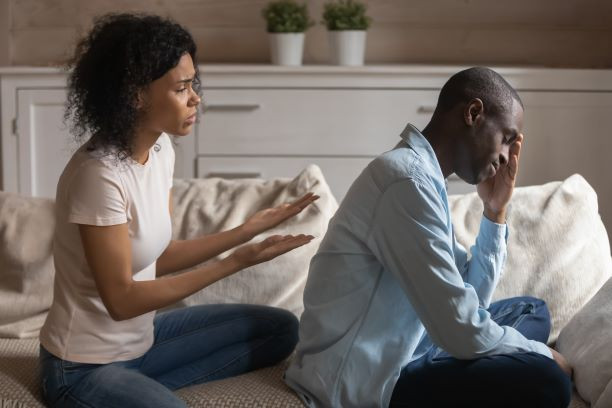 How to open up to your spouse about mental health
Lifestyle
By Esther Muchene
15 mins ago
How Sakaja, Sifuna, Passaris clinched top Nairobi seats
Politics
By Winfrey Owino
15 mins ago
Hamilton 'tracing his Africa roots' at Mara
News
By Peter Muiruri
22 mins ago
Role of artistes in nation building
Showbiz
By Muhunyo Maina
25 mins ago
.