Let us discard the Harambee spirit, it has no relevance in 21st century 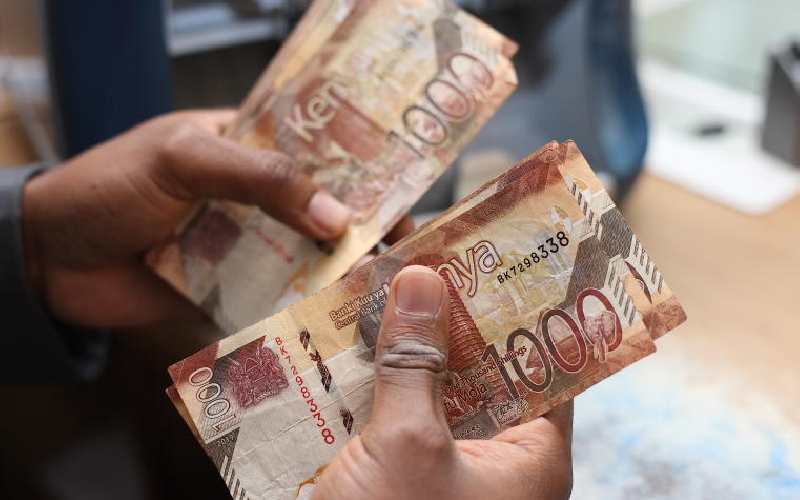 This week officially kicks off the Christmas festivity season. As I grew up in the village back in the 1980s, the sweet aroma of chapatis across the ridges on Jamhuri Day marked the beginning of merry making. It was always a sure indicator that chapati and sodas, a rare delicacy in the villages those days, would be in plenty.

We sang ‘when will December come so that we could eat chapatis and feel happy’ (this is a loose translation from my mother tongue). Of course, the dotcom and the digital generation cannot relate with these aspirations that we held so dear. However, age, daily struggles and the fulfillment of my clan’s obligation to perpetuate our lineage have eroded that innocence of my youth.

On this 58th Jamhuri Day celebrations, I crave not for things of the stomach but for a deeper meaning of my existence under the sun. I fantasise of my civic responsibilities and obligation to the nation. I dream of what simple contributions that I can make to alter the arc of history and rewrite a better story for my generation, the generation of my children and my country.

It is out of this desire that my imaginations wandered into the history of the harambee spirit deeply engraved into the nation’s developmental experiment. Interestingly, the origin of ‘harambee’ as a rallying cry for ‘unity to pull together’ is traced to the birth of the nation on December 12, 1963. The founding president Mzee Jomo Kenyatta adopted it to rally the people to collectively pull together to build the nation on his maiden speech.

While the original intent of the harambee spirit appears pure and noble, its current form and use is definitely in conflict with the building blocks of modern economic systems. In 2003, the Kibaki administration legislated against the participation of politicians and public officers in harambees. It is thought to be a key driver of corruption and abused by those with access to state resources to buy their way back into office during the electioneering season.

So, it came as a surprise when the chair of the Independent Electoral and Bounderies Commission (IEBC) purported to bar political aspirants from participation in harambees during the campaign season. One wonders at what point the law was vacated.

To the best of my recollection, it is abuse of office and criminal offence for public officials to engage in harambees. The big donations flying around are pure acts of impunity and a manifestation of failed institutional order and leadership in the country.

However, the import of this article is on the relevance of the harambee concept in the country’s development model. An )ct0ber 2020 opinion piece by Mwende Muasya to the BBC extols how this spirit of generosity has ruled Kenya over the past six decades. In another article, Xinhua, the Chinese news agency, argues how this harambee spirit came in handy in cushioning the masses against the economic vagaries of Covid-19.

A casual Google search for any recent economic evidence on the practical relevance of harambees in economic development returned scanty information. However, a bibliography by Av Noreh in 1988 paints it as a rich field study in the 1970s and early 1980s.

Several academic studies were published on this unique model of development in both regional and international journals. But the interest clearly fizzled out from the late 1980s.

The harambee spirit as a development strategy is founded on four sacred tenets. One, people mobilise at community level to participate on their own development. Two, mobilisation only be done for community projects that offer collective gain as opposed to feed individual greed. Three, choice of projects is guided by felt needs of the majority, implying local community wide involvement in decision making. Finally, implementation of the projects should maximise utilisation of local resources such as labour and materials.

If these were the foundational pillars of our harambee development strategy, then the logical question to ask is: are they still the same ones that drive the current practice of harambees at both national and local communities?

If we stretch our imaginations further, our former peers, now christened the Asian Tigers, never borrowed this attribute in our development experiment. For instance, Singapore is believed to have heavily borrowed the spirit of our Sessional Paper No. 10 of 1965 to find unique solutions to our unique challenges. It is this spirit that guided them to establish themselves as an economic miracle of the 20th century.

Peter Ngau, in an article published at the University of California in 1987, documents the fatal flaws in the harambee development strategy. He argues for the elusive success of the harambee experiment as emanating from the distortion of the philosophy from the basic economic drivers of production. Thus, the harambee spirit diverts government policy and community focus from pro-production mindsets to emphasise on large costly social amenities.

Peter Dorman argues that while economics relies on the assumptions about society, mental and emotional processes, the political and legal environment, it cannot be confused to be one and the same thing as sociology, psychology or politics. Ultimately, the universal laws that drive economics gravitate on the interactions of the factors of production of land, labour, capital and entrepreneurship.

Armed with these salient economic facts, it is my considered view that President Uhuru Kenyatta is best placed to lead the nation to abandon the harambee spirit. However, the terminology may remain in our national symbols as an article of history. These are my reasons for this proposition.

One, the harambee philosophy is derogatory to our national development because it diverts public attention from the failures of government. While it may have been a genius move by the founding president then, the economic fortunes and heavy taxation by the government have rendered it unfashionable.

While harambees may have build schools, health facilities, educated the very poor in our midst, it must never be presumed to be a substitute to government responsibility in provision of those services to its citizens. The Constitution obligates those elected into office to prudently utilise our taxes to guarantee access to quality education, healthcare and other human rights. After all, that is why we are never given an option to choose as to whether to pay taxes or not.

Two, the entrenchment of harambee spirit into our public life has entrapped the populace into the tragedy of the commons. This is an economic problem where everybody acts in their selfish interest at the expense of everybody else. Unlike in the original design where harambees were guided by the broader collective interest of the community, modern fundraising oscillates around funding individual greed, often disguised as public good.

Today, it has become the norm rather than the exception to open WhatsApp groups to raise funds for anything and everything. Healthy and working parents are fundraising for their children school fees, birthday parties, weddings, house warming and retirement parties. Young people from able families and others in gainful economic activities are feigning poverty from their homes and others even ‘killing’ their loved ones to fundraise for ‘booze’ and exotic consumption lusts.

Even where genuine need exists, harambees must never be the first option. Responsible citizenship and community duty of care demands that a person first finds solutions on their own.

Finally, harambees have been exploited by the corrupt and perverted to buy political power and public offices. Eventually, the least competent often get to lead us while the most talented are consigned into the dustbin of economic misery.

The end result is gross misallocation of human capital stock in the country. This consequently kills innovation, creativity and enterprise that oil the knowledge edge economies of the 21st century.

Osinde died at a Nairobi hospital on Friday morning, the office of the DP confirmed.