Security organs could have say on harambees

The National Intelligence Service (NIS) and Directorate of Criminal Investigations (DCI) will now vet and process harambee applications if proposals tabled in Parliament pass through.

The two security organs are members of the county policing authority that will also investigate any complaints, misuse of funds or any issue relating to conduct of public collections.

The body created under section 41 of the National Police Service Act will also audit such monies to catch people stealing harambee collections or using such functions to launder illegally acquired funds.

Other members of the team are the county governor, two elected members nominated by the county assembly, the chairperson of the county security committee, and at least six other members appointed by the governor from various community groups.

The proposals are contained in the Public Fundraising Appeals Bill, 2019 sponsored by the National Assembly Constitutional Implementation Oversight Committee (CIOC). The report on the Bill was tabled in Parliament last week at a time when the State has been cracking the whip on political gatherings, including fundraisers.

Over the same period, police had cancelled Deputy President William Ruto’s fundraisers in Mumias East and Kilifi over insecurity fears. Before the brakes were slammed on the DP by the National Security Advisory Committee (NSAC), Ruto was the undisputed 'king of harambees', criss-crossing the country and dishing money to churches.

However, on Thursday Ruto flew to Nyamira for the harambee , donated and made high voltage political remarks to the effect that Jubilee had abandoned the Big Four agenda in favour of the BBI.

Former President Daniel arap Moi was an avid supporter of the harambee system, which characterised his weekend life. However, when Mwai Kibaki landed in State House in 2002, harambees took a back seat as the State moved in to play its role in provision of services and social welfare.

For 10 years, harambees went on a lull until 2013 with the election of President Uhuru Kenyatta and Ruto, which saw the return of fundraisers. Ruto captured the harambee space, claiming he was investing in heaven.

In its report on the Bill, CIOC noted increasing cases of people using harambees for ‘social status’ and others raising money for ghost projects. Other phenomena of the harambee system deployed on hapless Kenyans include fake promises and bouncing cheques.

“The committee noted that there has been an abuse of the process of fundraising appeals with people raising money for social status enrichment and some raising funds for non-existent causes and even where there were justifiable reasons, there was no transparency or accountability,” the committee chaired by Ndaragwa MP Jeremiah Kioni said.

Speaking to The Standard, Kioni said the licensing structure would help expose the individuals who are taking advantage of fundraisers.

He said the new regulation would ensure that the fake fundraising activities that are set up to loot money from the public will come to an end.

“The harambee spirit is being misused and abused despite it being of great help in moving our country forward. What we want is for them to start being audited by the Auditor General for easier accountability,” he said.

The MP said any fundraising that invites a guest of honour, advertises, or goes public must apply for a licence so that there is an assurance of what people are contributing for.

This means that the public calls for medical, education, disaster mitigation, project development among other fundings that require public participation would require a licence.

If passed, it will slam the brakes on individuals who use the opportunity to uplift their social status. During the debate last week, Homa Bay Town MP Peter Kaluma said the Bill does not seek to get rid of harambees, but rather regulate it within the law to ensure it becomes beneficial to the right people.

“The Bill is not forbidding fundraising as an idea through which we marshal resources to help the needy. We want to get rid of the opportunistic individuals,” said Kaluma, who is also the committee vice-chair.

Siaya MP Christine Ombaka said it would ensure discipline when collecting money. “It is being regularised. People need to be certified to carry on,” said Ombaka.

Nominated MP Halima Mucheke said she supported the Bill as it seeks to promote accountability and transparency in carrying out fundraising.

“This Bill will ensure that there is a prudent use of public funds that are collected. The spirit of fundraising has been abused. Some (people) fundraise for luxurious lifestyles, which is unfair for the ones contributing,” she said. 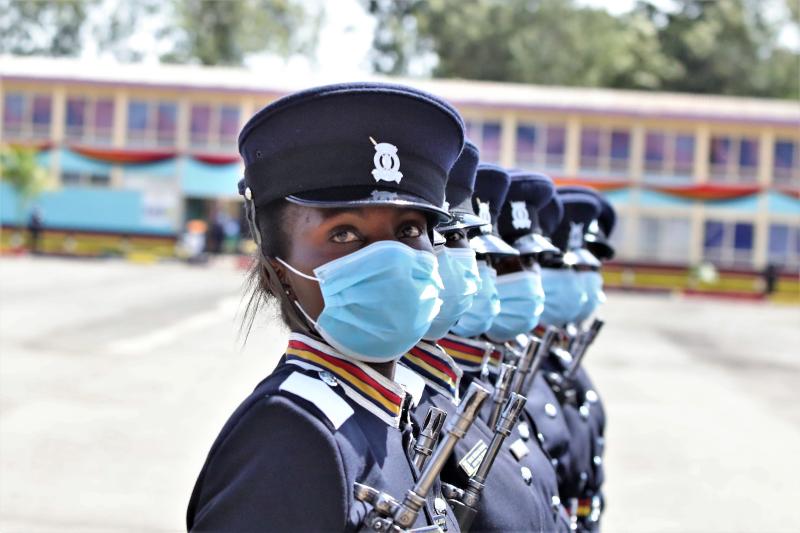 Premium Police, National Intelligence Service get more cash
The National Police Service and Prisons has in this year’s Budget received Sh122.2 billion that will help in matters related to internal security.
National
By Kamore Maina
2 months ago
.

By David Njaaga 3 11 hours ago
Sakaja: I will be on the ballot