The Election Observation Group (Elog) has called on Parliament to pass the pending laws to ensure that the Independent Electoral and Boundaries Commission (IEBC) is aptly prepared for the 2022 General Election.

In a statement to newsrooms, the lobby group asked the Treasury to ensure adequate funding to the Wafula Chebukati-led electoral agency. 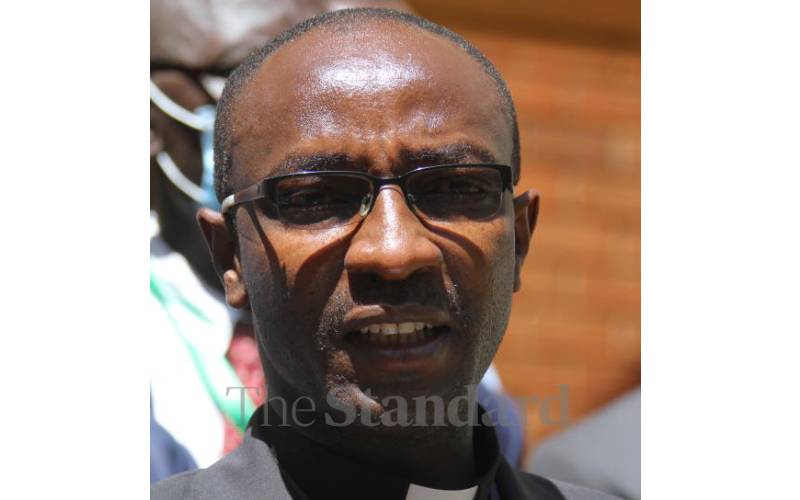 ELOG’S Advisory and Peace Panel chaired by Rev Chris Kinyanjui of NCCK (pictured) raised concern that with less than 11 months to the elections, some critical reforms are still pending.

These include the proposed laws on special interest groups, political parties primaries and the two-thirds gender rule as well as the electoral campaign financing regulations which are yet to be enacted and could have a direct impact on the poll outcome.

Elog also pointed out that the lack of a substantive IEBC chief executive officer.

To prevent post and pre-election violence, the lobby group urged political leaders to exercise restraint in speech and action and pursue peace and national cohesion rather than divisive campaigns.

Elog called on the National Commission on Integration and Cohesion to monitor and act on hate speech.

“We call on members of the public and social media users to be responsible and make good use of value judgement,” read the statement.

The electoral commission revealed that it has only registered about 202,518 new voters out of the weekly target of 1.5 million since the exercise began on October 4.

Elog blamed the low turn out on voter apathy occasioned by trust deficit in IEBC and lack of valid identification documents.

To this end, the lobby group has urged the youth who have attained the voting age and are holders of valid identification documents to turn out in large numbers and register.

“IEBC, CSOs and other relevant actors should upscale voter education and sensitisation initiatives. The registrar of persons should also hasten the issuance of identification cards within seven days. Those who haven’t collected their IDs should also go out and collect them,” added the statement.

“The commission targets to register 6 million new eligible Kenyans, on the basis of information from the Kenya National Bureau of Statistics 2019 Kenya Population and Housing Census report. The target was disaggregated to each county, constituency and county assembly ward to enable monitoring of progress."

The commission had presented a budget of Sh40.9 billion for two phases of mass voter registration but instead got Sh1.2 billion.

National Assembly Budget and Appropriation Committee chair Kanini Kega has also said there will no extension after the 30 days.

IEBC had cited budget constrains, pending laws in Parliament as a hindrance to the poll election plans.

Raila Odinga’s ambitious pledge of transferring Sh6,000 to the poor if he forms the next government will cost taxpayers at least Sh137 billion.