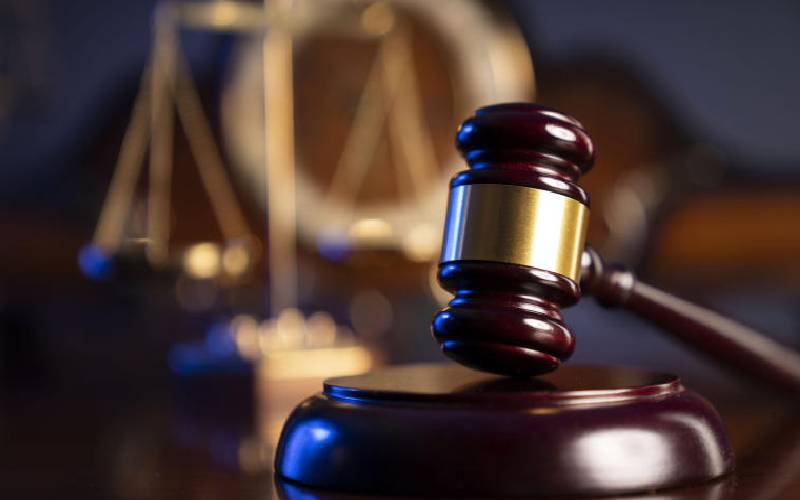 Justice Muthoni Gitumbi of the Environment and Land Court has been suspended from office with immediate effect.

This was after the Judicial Service Commission cited her inability to perform the functions of the office.

The law says when the President receives the petition to suspend the judge from office and acting in accordance with the recommendation of the Judicial Service Commission, he shall appoint a tribunal to inquire into the matter.

The tribunal is expected to consider the petition to remove Judge Gitumbi from office on the reason of her inability to perform the functions of office.

President Uhuru Kenyatta, in a gazette notice, said the tribunal to inquire into the matter will be chaired by Judge Hellen Amolo.

Judges are not new to suspension. Some have faced the tribunal and ended up being cleared of the accusations.

They include Justice David Njagi Marete. For the eight years, he has served at the Employment and Labour Relations Court division, Justice Marete has seen it all, handling some of the most contested and high-profile labour disputes that led to his suspension for nearly five months.

He was accused of misconduct, impropriety, conflict of interest, and breach of judicial code of conduct.

He survived a motion to remove him from the Judiciary last year after spending five months on suspension. This followed complaints by Kenya Tea Growers Association, Unilever Limited, Kakuzi Limited, James Finlay Limited and Siret Limited, which accused the judge of gross misconduct, bias, impartiality and breach of the Constitution in handling a dispute they had with the Kenya Plantations and Agricultural Workers Union.

The firms alleged that while aware the case had been handled by another judge from the same division of ELRC, Marete went ahead and issued orders which had the effect of setting aside those of a fellow judge.

JSC was satisfied the claims constituted gross misconduct and recommended to the president to suspend him and form a tribunal to investigate his conduct.

In the case of Deputy Chief Justice Philomena Mwilu, the Judiciary was thrown into a crisis after a judge temporarily stopped her from holding office.

Justice Mwilu’s woes began in August 2018 when she was taken to court by the Director of Public Prosecution (DPP) to face criminal charges of abuse of office, unlawful failure to pay taxes, and forgery amounting to Sh80.7 million.

According to the charge sheet presented to the court by the DPP, Mwilu was to face five additional counts of unlawful failure to pay taxes to the Kenya Revenue Authority totalling Sh9 million between December 2013 and December 2016.

The opposition leader won the August 12 General Election by a landslide, beating his main rival, outgoing president Edgar Lungu by more than a million