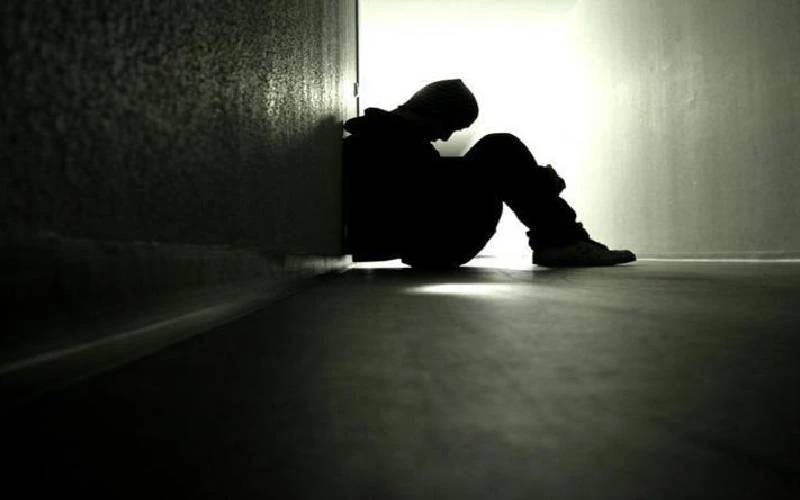 After the release of the Kenya Certificate of Primary Education (KCPE) results recently, where girls did better than boys, critics blamed the trend on over-empowerment of the girl child.

But according to Kennedy Odhiambo, an advocacy officer at the African Women’s Development and Communication Network (Femnet), it is not true that there has been more focus on empowering the girl child while the boy child is neglected.

The so-called ‘neglect’ arises from lack of guidance for today’s boy child. Historically in many African settings, boys were sent away to play or hunt for small animals with fellow boys; that is where he learnt certain aspects of life.

Meanwhile, girls were left at home and supported to be responsible for household chores.

World Ventures: Putting a smile on a girl’s face

Boy-child is now an endangered species

Women ditch the knife after circumcising girls for decades

“The ‘neglect’ part of it is that there is no nurturing of the boy child, instead it has been left in the hands of the peers and people who are not skilled to bring up a responsible boy who can fit into the present-day society. What is happening is the boy is told you are a leader; you are not supposed to do certain chores in the house; behave in such a way; which is in contrast to the present realities of life,” said Odhiambo during an interview last week.

He says there is no single programme in the world that is aimed at empowering the girl child and disempowering the boy child, adding that girl child rights are being applied more now than they were in the past.

The response or uproar that is coming up today, he says, is due to the gains that women are making in society and in their lives and men are not able to fit in this new reality.

“So there is a big concern for men, like how do they behave in a situation where one is not the breadwinner, but a woman is? When this is not reconciled with the traditional upbringing that you (man) are the breadwinner, it brings conflict. This conflict is also in any relationship he enters where a woman is the breadwinner.

What now remains is how we bring this man into the reality that there is a need for us to change the world and how we look at it so that we as men are able to fit and exploit the best,” explained Odhiambo.

He said the current culture is a human rights one that looks at men and women as equal human beings, and not at the woman as the lesser person.

He adds that to understand a man, he needs to understand himself first because a lot of times men lose identity by looking at theories that benefit them.

“We need to look at him in three aspects, namely biological makeup —which is universal and standard all over the world; social — this is where religion, culture, work, attitudes and beliefs come in; and finally, institutions — where they operate and are mostly parochial today, including parliament and military, where men are still predominant,” said Odhiambo.

The biggest challenge among the men’s fraternity, Odhiambo says, is the socio-cultural aspect, where we derive the software that drives a man.

Odhiambo says if you ask a man why he behaves the way he does, he will blame it on religion, culture and peers.

“The first thing we need to do is to begin to deconstruct this socialisation of a man— what makes a man — so that he begins to realise that whatever I was supposed to be doing in the last three to four generations is not what I or we are supposed to do right now because there are now women or girls excelling in various fields that were once dominated by men,” explains Odhiambo.

He denies that there are a few or no programmes that seek to empower men (boy child) unlike women (girl child), saying many exist, only that people who do good do not attract attention.

He cites local organisations that engage men like Movement of Men Against Aids or Advocates for Social Change Kenya, and global ones like He For She Movement among others, where men can learn or unlearn these behaviours.

He says he is in the process of bringing together a network of organisations called National Alliance for Men Gender Justice to encourage men and boys to work towards changing their mindset and be able to fit in the current day human rights environment.

He says men should speak about violence against them rather than wait for someone to speak for them.

“We as men have been socialised to be the most powerful person in that home, not to cry or share our weakness. When a GBV case happens in the home and the victim is a man, in most cases, he is embarrassed to speak out because he will be ridiculed. This was the same for women sometimes back, but right now we are encouraging men to speak out to help us plan and get interventions. Nobody should be violated, be it a man or woman,” he says.

According to data from Kenya National Bureau of Statistics, United Office on Drugs and Crime and National Crime Research Centre, cases of gender based violence increased from 1,057 between January and June 2019 to 2,032, an increase of 92 per cent compared to the same period the previous year.

Between January and December 2020, a total of 5,009 GBV cases were recorded through the national toll-free helpline of 1195, indicating an increase of 1,411 or 36 per cent from the previous year with Kakamega, Kisumu, Nakuru and Nairobi counties still recording high cases.

The most recent GBV cases were reported in Kiambu, where two men separately killed their lovers.

Psychologists attribute this to mental instability, poor parenting, poverty that leads to anger and a situation where people are suddenly spending more time together compared to the past.

Among the cases, 81 per cent involved husbands beating wives while 19.8 per cent was of wives beating husbands.

Odhiambo says they are also trying to educate society to avoid teasing men that if a man does not beat his wife it means he has been ‘overpowered’.

He regrets that majority of men are not taking good care of themselves in the whole equation of GBV and are thus endangered through getting into crime, among other social ills.

“Men should begin to ask themselves if they are able to fit in a society or environment where this woman is empowered, is a breadwinner, or has a gun because she is security personnel and you want to marry her,” said Odhiambo.

In a home where, for instance, a woman is making more money than a man, men, he says, should know that today there are no jobs reserved for women and should be willing to do other jobs that are thought to be women-dominated so that they become economically self-reliant. This is especially in a situation where a man has lost his job.

He says men should take the gender equality narrative as men and women being equal human beings. This should not be confused with the biological makeup of male and female.

“Equality is about treating the other person as a human being — not as a woman. This means that when we have that equality and understanding, then we will be looking at you as deserving of equal education, opportunities, and pay, among others,” says Odhiambo.

He adds that men and society need to acknowledge the fact that many times women have been left behind and there are deliberate efforts to uplift them, and men should look at it as being empowered.

Lieutenant-General Francis Ogolla: His journey, and why the interest in him

By Patrick Muinde | 12 hours ago