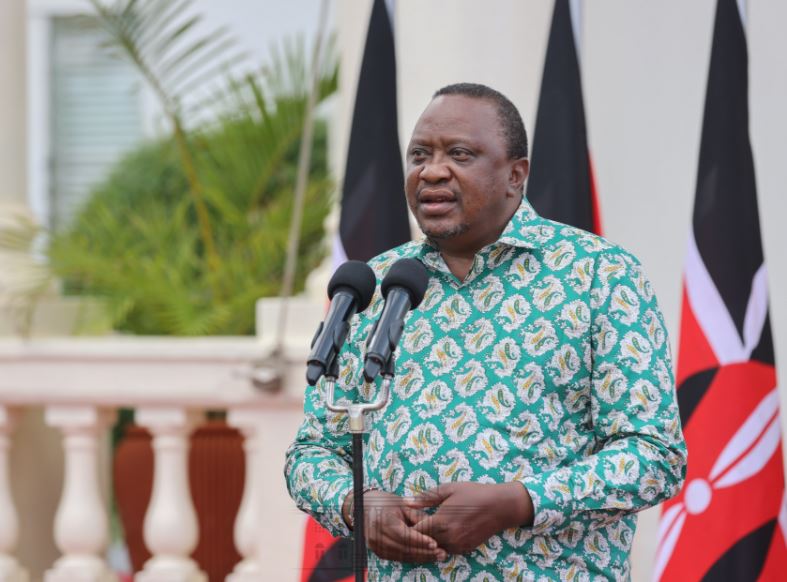 President Uhuru Kenyatta (pictured) has sent a message of condolence to the family, friends and relatives of businessman Sobhagayachand Vidhu Shah who passed away today at a Nairobi hospital.

Mr Shah, 86, was a prominent Kenyan businessman and entrepreneur, who owns, among other investments, the Sarit Center in Westlands, Nairobi County.

In his message of comfort and encouragement, the President described the late Shah, popularly known as Bachubhai, as one of Kenya’s finest and visionary entrepreneurs whose business acumen contributes greatly to the country’s economy.

“Mzee Bachubhai was a true patriot and a nationalist who created job opportunities for many Kenyans through his entrepreneurial exploits. He strongly and truly believed, and lived the Kenyan dream of hardwork, determination and success.

“His entrepreneurial spirit saw him establish Sarit Centre, Kenya's first shopping mall in the 1980s when nobody else thought about it. He did not stop at that but moved on to establish several other successful businesses including Text Book Centre which has continued to quench Kenyans thirsty for knowledge,” the President said.

The Head of State mourned the late Bachubhai as a determined philanthropist who teamed up with other wellwishers to set up Cancer Care Kenya, an initiative that supports Government's efforts to provide affordable cancer treatment in the country.

“As a country, we will always be grateful for Mr Shah's generous contributions in the education and health sectors. Using his own resources, he set up a school in Murang’a County which has continued to be a centre of excellence.

“We also appreciate his support in tackling cancer through Cancer Care Kenya, where he was the main benefactor," the President eulogised.

President Kenyatta said Mzee Bachubhai has left a rich and enduring legacy of success and prayed to God to grant his family strength and fortitude to bear the loss.

“Mzee Bachubhai was exceptional in his commitment to both business and community, as demonstrated by the success of his businesses and contributions to philanthropic causes. He believed in hardwork, excellence and forging of strong bonds of friendship amongst Kenyans of all walks of life,” the President mourned.

Porto coach not fooled by Chelsea thrashing to West Brom

Cancellation of elective operations attributed to surge of Covid-19 patients in need of critical care.

By Fred Kagonye | 20 hours ago

By Peter Muiruri | 22 hours ago