Pub staff accused of spiking, stealing valuables from his boss 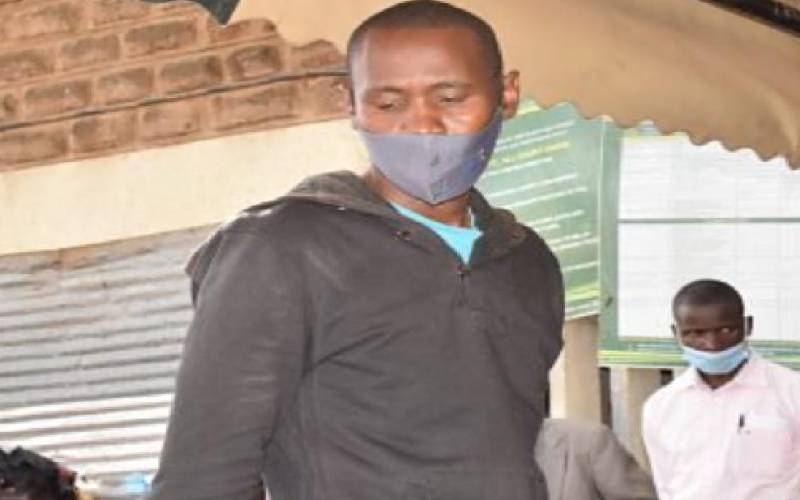 A 28-year-old barman has been accused of spiking his employer’s drink knocking him unconscious before stealing cash and a gold chain from him.

Muasya Kirere, jointly with others who are still at large, is accused of stealing Sh120,000 cash and a gold chain worth Sh180,000 from David Thondu, the proprietor of King David Members’ Club in Kilimani, Nairobi on January 21.

The accused is said to have conspired with others to spike his boss’ drink.

Kirere (pictured), who hails from Tseikuru in Mwingi North, is also accused of stealing from two patrons, who were at the club with Thondu on the same night.

In court, Kirere also was charged with stealing Sh184,500, a mobile phone worth Sh16,000 and a wallet from Rogers Ambwa Akala.

He is also further accused of stealing surgical spectacles worth Sh15,000 and Sh2,000, a pair of silver earrings and a mobile phone worth Sh24,990 from Chepkoech Soi Maritim.

Thondu was about to close the club when three young women walked in and ordered beer then requested a room.

Thondu took them to the lounges adjacent to the bar where they identified a room.

While in the room and before making payment, the three women ordered more beer and continued drinking in the company of Thondu and the other two complainants, who joined them.

Thondu and his two guests woke up the next day to find their cash and belongings missing and filed a report at Kilimani Police Station.

Kirere denied the theft charges before Kibera Senior Principal Magistrate Esther Bhoke and was freed on a Sh300,000 bond with a surety of similar amount.

The case will be mentioned on February 8.

The British government has reaffirmed its commitment to the implementation of the recently signed UK-Kenya trade deal.

Arsenal have lost their appeal against David Luiz's red card during Tuesday's Premier League match against Wolverhampton Wanderers, but a ban for Sout