This happened on Saturday night as Kalasha Awards celebrated 10 years since the gala was launched.

The drama action film, by top actress Sarah Hassan – and who has won the Best Lead Actress in a Film category in the same awards on numerous occasions – swept the board at the expense of Sincerely Daisy, Midlife Crisis, Family Meeting and Uradi, the other major films that had been tipped to pose a major challenge during the celebrations.

Out of the dominant slots the movie had been nominated in, it lost the Best Lead Actor in a Film that went to Gitaru Kamau of Family Meeting and Best Director of Photography that was taken by Jim Bishop of Nambwa FM.

Mbeki Mwalimu’s journey from National Theatre to a Netflix great

The movie is centred on a group of death-row prisoners who are trapped inside a crashed prison bus. They are fighting for survival when they realise there is a mysterious killer lurking in the shadows. Filmed in Nairobi last year, the movie has been scripted in Sheng, Kiswahili and English.

“Even though this was a small project, we are grateful for the recognition it got. We thank all those who supported us and we are happy for the win,” Hassan said in a recorded acceptance speech during the awards aired live on KTN and KBC.

Ella Maina and Gitaru Kamau were other big winners as they were named the Best Lead Actress in a Film and Best Lead Actor in a Film for their roles in Sincerely Daisy and Family Meeting, respectively.

With Cajetan Boy taking home the Best Supporting Actor in a Film gong, Lucas Bikedo scored a double as he was gifted the Best Sound Designer and Best Original Score categories.

David Campbell, the founder and director of Mediae, received the Lifetime Achievement trophy. Mediae has, for the last 15 years, been helping people understand their rights through fundraisings for organisations and individuals. 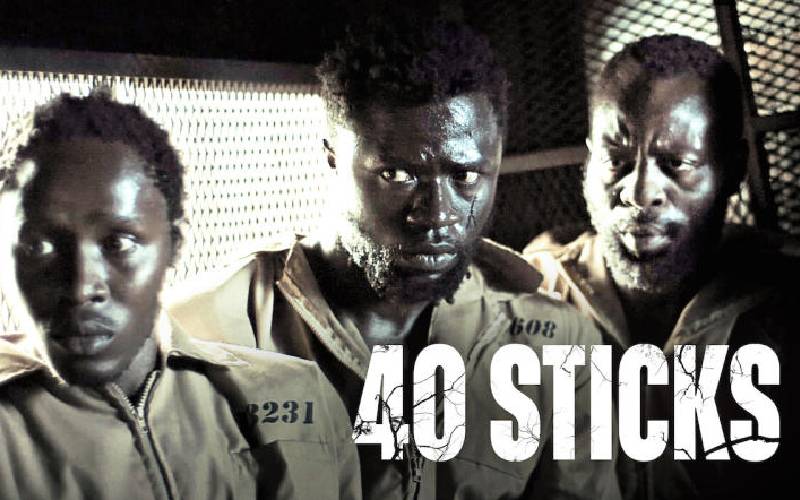 Founded in 1997, Mediae seeks to address the informational needs of East Africans through sustainable and research-based media productions to empower those targeted. Philanthropist Campbell had been invited as a guest and was surprised to hear his name being called out for the award.

The biggest flop of the night, however, was Uradi, a film that was among the most nominated. It got no trophy. All winners will each get Sh100,000 cash reward in addition to trophies and gift hampers.

It was also a night of firsts as newcomer actress, Yasmin Said, was named the Best Lead Actress in a TV drama, Maria. Leon Ongaya, also a new star, scooped the Best Lead Actor in a TV drama Pete. Nick Ndeda, who hosts The Great Kenyan Bake Off show on KTN, won the Best Host in a TV Show category as Varshita, a Maisha Magic East show, won the Best TV Comedy, the same show that saw Mukami Njiru take the award for Best Performance in a TV Comedy competition.

The event at Sarit Centre was different this year as only a few guests were invited due to Covid-19. There was a fusion of live and recorded speeches put together to make a one-hour show that was devoid of the usual prolonged red carpet receptions.

Most of the nominees attended the event but winners only gave acceptance speeches via pre-recorded clips. There were some technical hitches as some of the pre-recorded speeches ran before winners were announced.

The Kalasha gala was one of the few awards event hosted live in the region and presented an opportunity to celebrate the film industry that has suffered numerous challenges in a year the entertainment sector was nearly crippled due to the outbreak of coronavirus.

Most film awards that mark the annual international film calendar were either cancelled or postponed due to the pandemic. At the same time, many film productions were stopped with major international movie companies holding movie releases, hopefully, until next year. Others released their films via streaming services.

ICT Cabinet Secretary Joe Mucheru, who spoke at the ceremony, challenged local film makers to take advantage of the new measures his ministry was putting in place to improve the sector.

“As a ministry, we have a mission to facilitate universal access to ICT infrastructure and services all over the country. We formulate policies and laws that regulate standards and services in the ICT sector, telecommunications and the media industry. My ministry is also charged with the responsibility of developing and administering ICT standards, building capacity of mass media and ICT, and the disseminating public information,” Mucheru said.

He said through the recent re-introduction of the Drive-In Cinema, the Kenya Film Commission was now offering content producers an innovative way of content consumption and alternative distribution system that the film industry should take advantage of.

The commission, he said, has rolled out the Creative Industry Database to create a registry of talents to act as a reference point for producers.

Not yet uhuru as Kenyans hungry, still angry and lost 57 years on

Hope and ambition remain dwarfed by the shadow of mounting debt.